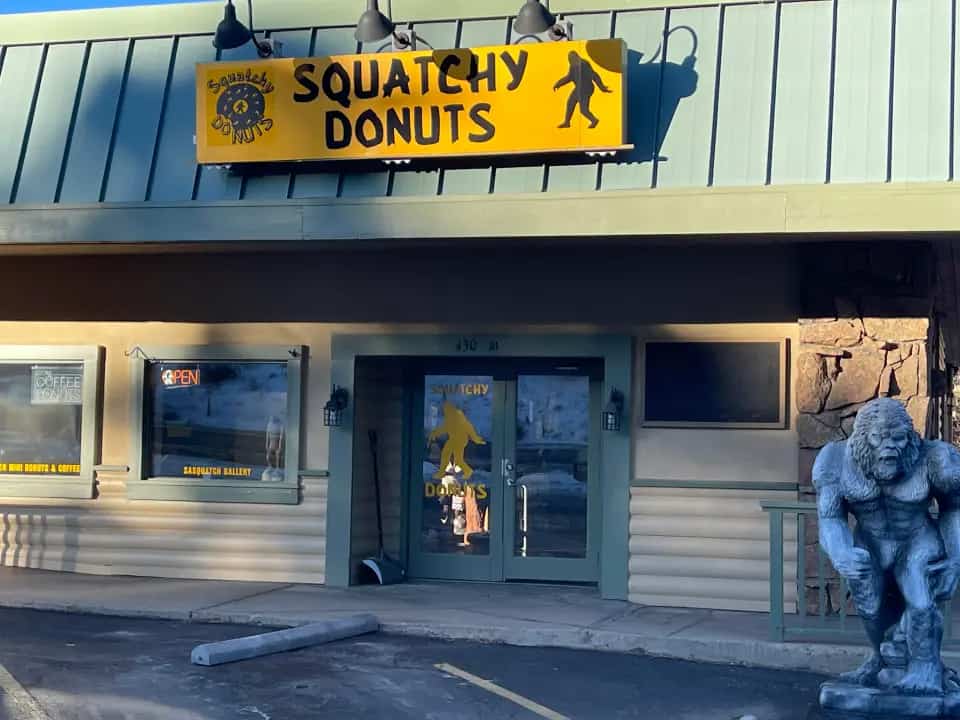 The Sasquatch, Yeren, Yeti, and Bigfoot are all equally known for their incredible power: a giant, hairy creature that is rarely seen but whose evidence can be found in the form of enormous footprints left behind by its powerful steps. Its distinct smell fills the air as do its distinctive vocalization noises – sometimes even followed by objects such as rocks hurled through the air. This mythical being has been passed down through generations of folklore and myths with an unmistakable presence across North America.

Estes Park was fortunate enough to gain Jack and Jill Skinner as residents when they chose Colorado for their retirement years. Not only did the couple bring a wealth of knowledge regarding local folklore, but also about a certain alleged creature which reportedly resides nearby.

The buzz around Squatchy Donuts has been steadily growing ever since the Skinners placed a baby Bigfoot outside their shop door months ago. Now, the wait is finally over -Squatchy Donuts officially opened on Saturday, December 17th at 430 W Elkhorn Avenue in West Park Center! Stop by anytime between 7am-7pm seven days a week to sample their delicious donut and coffee selection.

With great excitement, the Skinners and their Sasquatch seeking companions Jesse Morgan and Alan Megargle attended Squatchy Donuts’ grand opening celebration. Now, cryptozoology aficionados from far and wide can congregate in the Rocky Mountains to discuss conspiracy theories over a box of donuts or cup of coffee.

The shop is split into two sections – one for coffee and donuts, the other for collectible souvenirs and a gallery showing tangible proof of Bigfoot’s existence. Glass cases featuring replicas of confirmed evidence are accompanied by brief accounts from eyewitness sightings.

Squatchy Donuts is the perfect place on West Elkhorn to take a break, offering cold coffee and an array of tasty beverages. Plus, with all the Bigfoot-themed decor throughout the shop, it’s practically essential for anyone looking to capture that perfect photo!