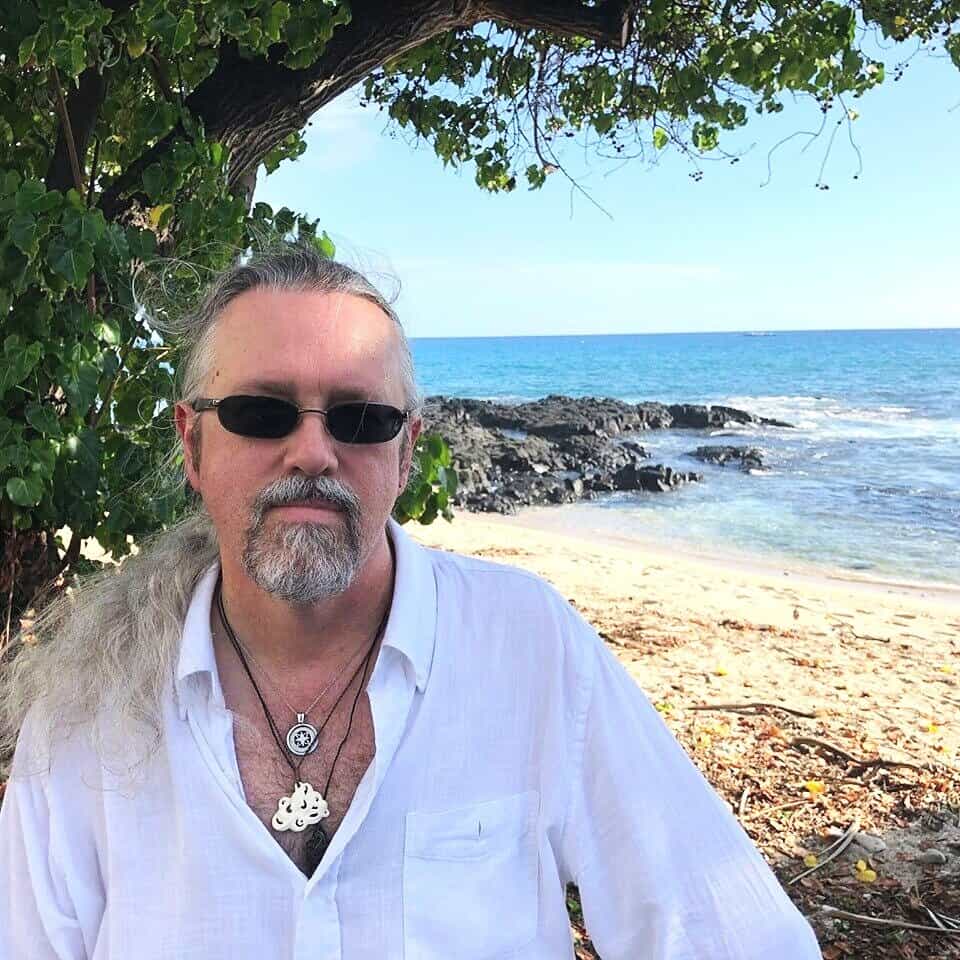 If you’re reading this there’s a good chance you’ve heard of David Weatherly. An investigator and author with decades of experience, Mr. Weatherly has published several books on the paranormal and unexplained (more than twenty at time of writing) and was advised early in his career by the venerated John Keel. He’s appeared in documentaries and television programs. He is generally credited with bringing widespread attention to the black-eyed children (or BEK) phenomenon, and it’s impossible to spend significant time discussing influential figures in the paranormal community without someone mentioning his name. To call David’s journey into and through the unknown ‘interesting’ would be an understatement, and I was fortunate enough to speak with him recently and get answers to several questions that, as a fan of his work, I’ve been curious about for some time.

The youngest of two by ten years, David describes his upbringing in rural North Carolina in the 1960s as being much like that of an only child. In a community squarely nestled in the Bible belt, the paranormal provided a source of esoteric interest – perhaps even rebellion. Fate Magazine, first published in 1948, played an important role in steering David towards the paranormal. A neighbor introduced him to the publication, and later gifted him an entire crate of back issues, covering a wide array of topics and cementing his passion for the unsolved. In an interesting turn of circumstance, the home of the person in question would later be the site of one of David’s first investigations. An alleged poltergeist was menacing the house, and further research would reveal the plot of land on which the home had been built had once been the location of a cemetery. The headstones had been removed, but the bodies had not. The owner of the home was also a spiritualist. The reader can make up their own mind as to whether all this is synchronicity or simple coincidence.

Related: Lunch with A Legend, A Discussion with Cryptozoologist Ken Gerhard

David’s background includes extensive study of martial arts. He got his start in Okinawan Goju-ryu Karate, and later transitioned into Ninjitsu (yes – the thing that ninjas do) and other disciplines, training under legendary Sensei Stephen K. Hayes. David even worked as an instructor for a time in Hayes’ dojo. He credits his time in the martial disciplines as endowing him with an increased sense of situational awareness, which he’s utilized through countless investigations.

Early on he threw himself into the study of real magick, and this was during what he refers to the as “PG – pre Google” era. David has studied under shamans, Native American elders, and was even given an audience with the Dalai Lama. Yes, THAT Dalai Lama. He observes that many spiritual belief systems, regardless of their place in history or geography, seem to have a common awareness of what we refer to as the paranormal. There is a nonchalant acceptance of the strange that David has observed throughout various esoteric traditions, while modern science continues to regard much of it with skepticism.

David approaches the unsolved with a holistic, open-minded sense of pragmatism. His investigations have run the gambit from UFOs to cryptids to ghosts and back again, and I had to ask if he had a favorite area of inquiry. He was forthcoming – “people ask me this all the time” – but did not cite a specific subject as being more compelling than the others. He has traveled much of the globe looking into the whole of the spectrum of strangeness, and while he doesn’t begrudge anyone for being a dedicated researcher of this subject or that subject, for David every facet of the unsolved is on the proverbial table.

I asked David what it was like to have a connection to John Keel, whom he interacted with early in his career,

“He’s an icon in the field, no two ways about it,” regardless of how one may feel about Keel’s writings and conclusions. He describes Keel as an investigative journalist in his approach, who had an uncanny ability to communicate with people and get them to share their stories. An approach not dissimilar to David’s own, who himself is often compared to Keel.

“That’s a two-edged sword,” he said, as in some ways Keel’s contributions were not fully appreciated until his death.

I asked if there was a moment at which David realized that he himself had reached a level of influence in the paranormal community comparable to that of John Keel and others, or if it was something that came on gradually.

“I don’t know if there was a defining moment or not, because in some ways it was sort of subtle.”

While he is sometimes recognized for his television appearances, he cited being spotted by a fan because they were an avid reader of his books as being a moment of great significance.

“Too many people don’t read,” he mentioned as an aside.

There was one question I saved for the end, but the one I was most eager to ask. To all the new investigators, writers, filmmakers, and enthusiasts entering the paranormal field, what advice would he offer?

Related: Behind The Mic With Shannon LeGro

One thing is to know your equipment. If you’re taking a piece of technology into the field, even an experimental one, know what it does and how it works. He places an even stronger emphasis on the written word.

“Read read and then read some more.” Don’t depend on the internet or television for your knowledge base. While there is plenty to learn and a lot of good intention behind the vast array of pop-culture content – “I know a lot of people on the shows, and they’re great people,” – David stresses the need to read as much material as possible, put boots on the ground and speak with real witnesses firsthand.

“Even if you’re just going to the places to get a feel for what it’s like.”

He describes saddling up to the bar at the local water hole, striking up a conversation, and collecting stories of the strange from those who experienced them because,

“That’s where the best stuff comes from.”

The Most Haunted Cemeteries In America
Séance with Sam