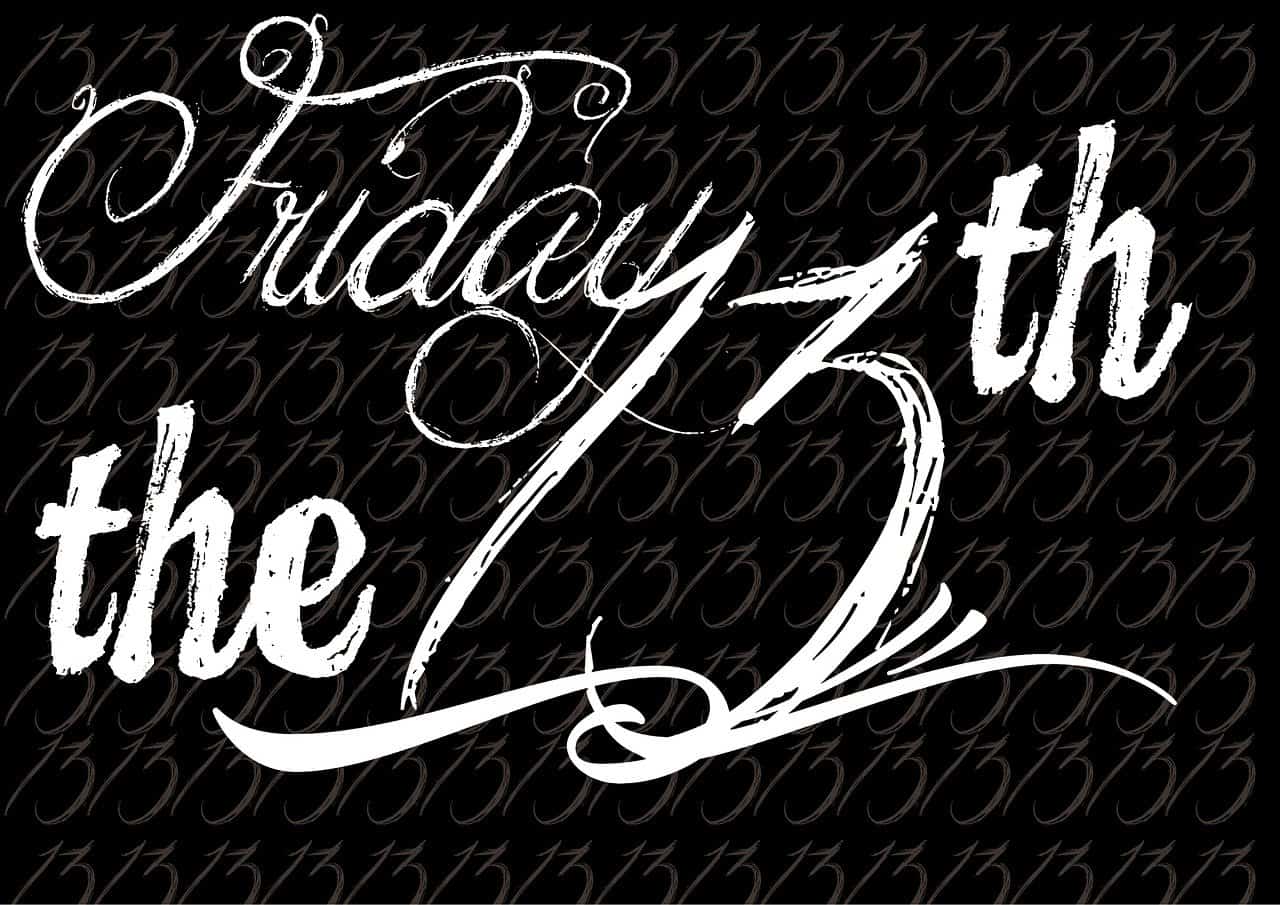 Friday the 13th has enduring superstitions around it, and an eerie mystique that has as murky an origin as it does an ambiguous, but unsettling effect on people to this day. It isn’t just the triskaidekaphobics among us, those who have a fear of the number 13- while the superstitions might be more mild than they once were, this recurring date still gives us pause when it comes around. Most might just joke about it, in the form of Jason Vorhees memes or otherwise, but is there anything to the longstanding superstition?

Some sources claim that the idea of it being an inauspicious date come from a 1907 novel called Friday, the Thirteenth by Thomas William Lawson. The plot centers around a man who decides to take steps to bring down Wall Street traders, beginning on such a date, and allegedly real-life brokers refused to do business on that day after the book was published. References to “Friday the 13th” prior to the publishing of that novel can be found, however, and it seems that the infamous date comes from two separate superstitions- that of Friday being an unlucky day, and the ominous nature of the number 13.

An apocryphal legend told by British sailors regarding Fridays states that the Royal Navy once attempted to dispel the anxiety about this day of the week by launching a ship called Friday, on a Friday, with a Captain Friday at the helm. The attempt at refuting the fear of Friday backfired, however, when the ship never returned, thus reinforcing the sailors’ beliefs. At various points in history and in various cultures, Friday was considered a bad day of the week to begin a business deal or embark on a trip. Friday also had a reputation as the “Hangman’s Day”, for some reason or other the day criminals tended to face execution. It should be noted also that Christians recognize Good Friday as the day of Christ’s crucifixion, which would be an exception to the general rule around Fridays.

The number 13, meanwhile, seems to have always had superstitions around it. The ancient Sumerians, as well as the followers of Pythagoras, thought of the number 12 as being particularly auspicious. To go one step beyond 12 was to step beyond the good fortune that number bestowed. A good deal of the malign associations with the number, however, have to do with dining- a popular thought in the 19th century was that if 13 sat down for dinner together, at least one of them would die within a year’s time. This idea can be traced back to the Last Supper, when Judas was the 13th guest, and his betrayal led to Christ’s crucifixion. Even earlier, the Norse myth that culminated in the death of the beloved god Balder has Loki arriving as the 13th guest, and ultimately being responsible for Balder’s demise.

In 1882, 13 men decided to tempt fate and debunk these superstitions once and for all. Captain William Fowler gathered a dozen friends to dine with him at his Knickerbocker Cottage in New York City, at 8:13 p.m. in Room 13, eating a 13 course meal. The Knickerbocker was located at 494 Sixth Avenue, the individual numerals of which add up to 13. In addition, the word “Knickerbocker” and the name “William Fowler” each contain 13 letters. Fowler’s affinity for the number inspired him to inaugurate the Thirteen Club on Friday, January 13th, 1882, with members walking under a ladder on the way to their seats and eating meals of lobster salad formed to look like coffins. Above them hung a banner which read “Morituri te Salutamus”, latin for “Those of us who are about to die salute you”. Salt was spilled, and none of it was thrown over shoulders. The club continued for years afterward, with participants celebrating the conspicuous lack of dead dinner guests resulting from the celebrations, which would eventually include open umbrellas indoors, black cats, and the smashing of mirrors.

Captain Fowler’s enthusiastic embrace of the number 13 illustrates that perhaps connotations of such things are simply what you make of them. There are those today who ascribe to the idea that 13 had associations to the divine feminine and lunar cycles, and that it was maligned as a way of suppressing that fact- and there are references to witches usually having 12 in a coven, so that the Devil would make 13, coming from witch hunters. At the same time, the Catholic tradition recognizes 13 as a number associated with the Virgin Mary, and with Marian apparitions. The first appearance of Our Lady to the children at Fatima, which culminated in the famous Miracle of the Sun, was on May 13- and she appeared once a month afterward, each time on the 13th, with the dazzling aerial display occurring on October 13, 1917. Pope John Paul II credited the Our Lady of Fatima with saving his life when he was shot on the anniversary of her first appearance, and survived, in 1981.

A once well-known but now fairly obscure numerologist who called himself Cheiro wrote of the number 13 that it is not in itself unlucky, but rather it represents the unknown and mysterious. He claims that the “ancient texts” say that he who understands the number will have the ultimate power, and dominion- but also that it represents upheaval, and destruction. The thirteenth card of the Major Arcana in the Tarot deck is Death, seen riding a pale horse, which is unnerving to the uninitiated but is in not necessarily a bad thing. Unexpected change can be good as much as it can be bad, and in order for new beginnings there often must come an end to old ways of doing things. In short, 13, and Friday the 13th, are avatars of Fate itself- fickle, complicated, and not at all clear in meaning. Perhaps what frightens us most is uncertainty- and days like Friday the 13th remind us that we really never know what Fate has in store for us.

Processing…
Success! You're on the list.
Whoops! There was an error and we couldn't process your subscription. Please reload the page and try again.
Continue Reading
You may also like...
Related Topics:Featured, Friday the 13th