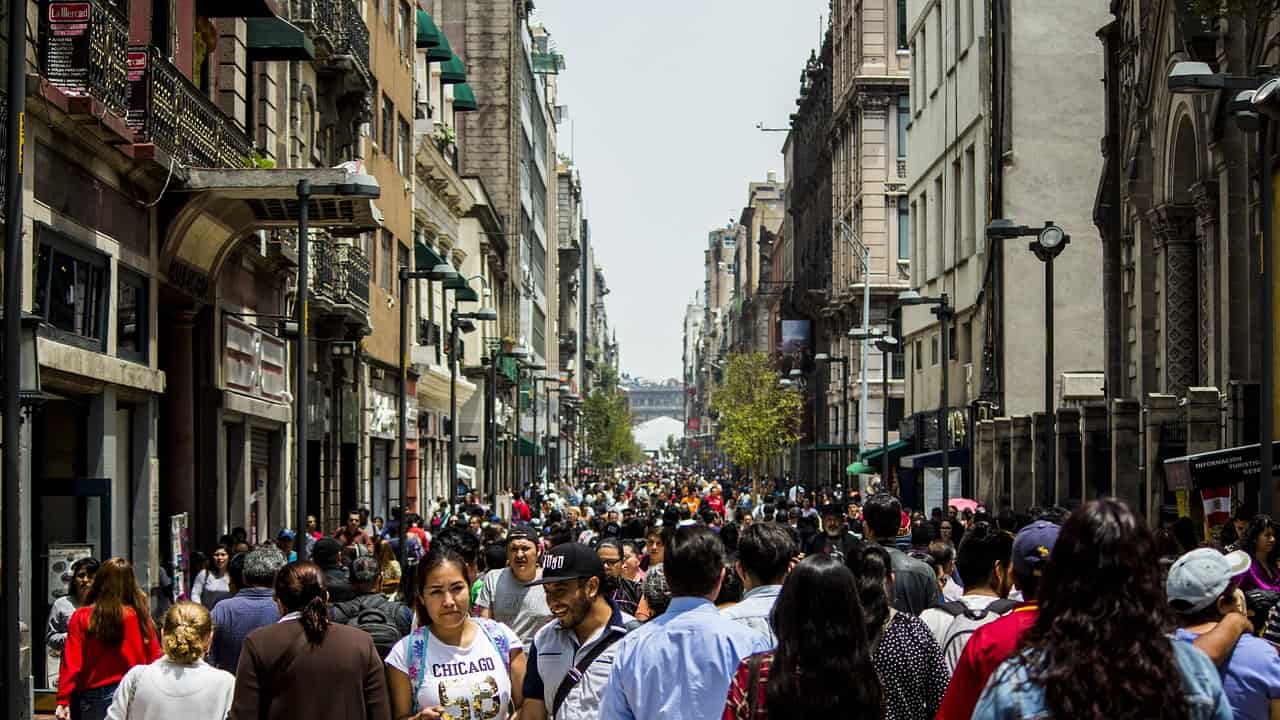 This article started as research solely on the practice of human sacrifice in Mexico. I was inspired by my many trips to the Sonora Witchcraft market in Mexico City. I was specifically looking to find connections between the practice and the thriving criminal underworld of Mexico. But what resulted was more of a study of one individual belief system that is not discussed often, Palo.

The author would like to reiterate his belief that all religions are equally valid and contain elements that are both positive and negative. (Except for the reader’s chosen religion, which of course is more valid and more positive than the rest.)

As with most cases, the most extreme outliers are the most interesting and will be what we examine here, but by no means represent these practices as a whole.

Human Sacrifice and the Case of the Missing Tourist in Mexico

Matamoros, a small city in Northeast Mexico, sits in the corner of the country that is created by the U.S. border and the Gulf of Mexico. On April 1st, 1989, a red truck blew past a police checkpoint leaving the city. Instead of pulling the man over, the police decided to follow the suspicious driver in an unmarked car.

The truck led them to a small ranch. The officers waited and observed the suspect leave the ranch after half an hour. They decided to conduct a search and found evidence in the form of paraphernalia and pot.

The police left the ranch and began a week-long investigation into the activities at the location. A week later the police stormed the ranch and arrested four men. On the ranch, they found a little over 240 pounds of weed, a couple of ounces of coke and 12 firearms. A relatively small stash house by Mexican standards.

But the story changed when one of the officers asked one of the ranch’s caretakers about a missing tourist by the name of Mark Kilroy. The tourist had been missing for several weeks. When the caretaker saw Kilroy’s image, he replied that he had seen him, and pointed over to a shed.

What they found in the shed can be described as a ritual space. There were various occult artifacts and even a cauldron containing a variety of animal, and what was later discovered to be human, body parts.

The remains of the tourist were found buried near the shed. A wire had been strung through his spine so the bones could be removed at a later date and used as a necklace. He was one of 12 people sacrificed at this altar. Basically, the stuff of horror movies.

The Narcosatanists and Palo Mayombe

The group responsible was called the “Narcosatanists,” a name that very much reflects the Satanic panic that swept North America during this time in the 80s.

The leader of the cult was a man named Adolfo Constanzo, a Cuban American born in Florida and an active black magic practitioner. He believed it was his witchcraft that allowed him to be successful in the cartel-run underworld. His primary belief system can be mostly attributed to a magical practice known as Palo Mayombe.

Palo is a belief system that started in Cuba amongst the slaves that had been brought from Central Africa. It combines tribal religions from Africa and the Americas as well as bits from other religions, like most “magic” systems.

Like many of these obscure religions, a core concept of Palo is veneration of spirits and belief in natural or ‘Earth’ powers. It is mostly practiced today in areas around the Caribbean, with a large presence in Venezuela, where practitioners in large cities are often blamed for grave robbing incidents.

Palo is often compared to Santeria and Hoodoo/Vooduun, but it is very much an independent practice. Differences are clearly present.

Palo does not have the same type of ancestor worship that is usually present in these kinds of religions. Palo focuses on natural objects (Palo means “stick” in Spanish) that are believed to be tied to the spirit world.

In Santeria and other similar beliefs, spirits are most often human archetypes, such as Catholic saints or Sufi prophets. The spirits worshiped in Palo do tend to be anthropomorphic but differ greatly from the human archetypes or ancestral figures.

Many African sourced religions involve specific colors or dances associated with each deity, where Palo doesn’t have these associations. The main focus of practice in Palo is the alter, often known as the ‘Nganga.’

This brings us back to the altar that was found in Matamoros. The use of animal and human parts are common in these alters. Combining these with seeds and sticks from specific plants, the Palo practitioner offers up these items of spiritual value in exchange for something in return.

Sometimes a scrying object is used to see the future, but in the case of the Narcosatanist the offerings were so they could obtain some type of supernatural protection. They believed that the spirits would bring good luck to their illegal activities and that they could even prevent them from being discovered by police.

This belief exists in other magical practices as well. In Central and western Africa, regions where the source religions of Palo and Vodun are still practiced, there is a belief that consuming certain potions, sometimes containing human parts, can grant a person invincibility against bullets.

In 2017 a traditional medicine practitioner in South Africa turned himself in to the police after reportedly tiring of his life of cannibalism. He told the authorities that he was selling remedies that could provide wealth and protection, and they were made with human parts. Many of the local people consumed the potions with full knowledge of the ingredients.

It happens closer to home as well. In 2008 a young boy was killed as part of a Hoodoo ritual in the U.K. In 1980 a man was found in a park in San Francisco, decapitated and surrounded by chicken feathers. That case seems to have ties to Santeria as well as Palo beliefs. Underground practices such as these tend to blend practices and belief systems together.

Crime, Cartels, and the Occult

Now, it makes sense in countries where crime and human trafficking is especially rampant that there is a larger potential market for these kinds of practices.

Cartels in Central and South America are famous for their brutality. But perhaps not every brutal display is meant solely as intimidation. Perhaps the gore has more of an occult purpose that is not discussed as much. These connections are only made when an altar is found, like the one in Matamoros.

But I do not want to imply these practices are all malicious. So I thought I’d end on a story I was told recently.

While researching Palo I asked a few of my friends from Venezuela if they had ever had any encounters with the practice. They were stuck in Costa Rica at the time, unable to update their documents as their home country’s government continues to collapse. One of them, who we’ll call Al, had quite the encounter with the practice in his youth.

He said when he was a young child he had a serious infection in his knees. It caused them to swell up to a very large size and doctors were unable to help. His parents were very religious people, in the Abrahamic sense, but with no other options decided to consult a Palo practitioner.

He performed a ritual for Al’s parents and then presented them with a pumpkin. He told them to take the pumpkin to a specific river and let it wash away with the current. The belief here is that the disease will have been transferred into the gourd.

The parents followed the instructions and their child was miraculously cured. The family is still very staunch believers in both modern medicine and their Christian faith, but Al and his family both credit this ritual with curing his illness. Today he is a very fit and healthy person, with no issues left in his knees.

The Power of Positivity

I find it worth noting the results of the two examples I listed. The benevolent one, the healing of a young child, was successful. The malevolent ritual of human sacrifice failed. The Narcosatanists did not receive their paranormal protection. I’m sure there is a zen quote here that would fit nicely.

Either way, from The Secret to Aleister Crowley, it is a common belief in magical systems that positive thought and intention are required for the best results. Just something to consider when forming your own practice!

Processing…
Success! You're on the list.
Whoops! There was an error and we couldn't process your subscription. Please reload the page and try again.
Continue Reading
You may also like...
Related Topics:Mexico