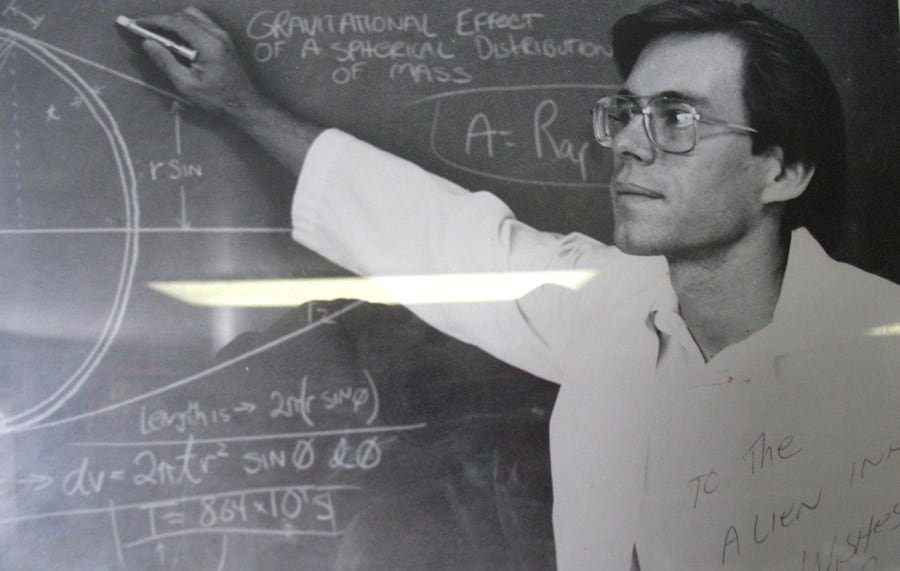 The Southwest United States has been closely tied to UFO lore for nearly a century. A crash outside of Roswell New Mexico and the claim of a cover-up decades later helped jump-start this tradition. But it’s the presence of top-secret military bases in the area that have helped carry on this fascination.

Almost all of these military bases and facilities, Los Alamos, Area 51, Groom Lake, are all said to be connected to a massive underground complex that spans the distance of several states. And while these underground complexes are tied to a variety of conspiracy theories, their physical existence is not up for question. Hundreds of millions of dollars and man-hours have gone into building these facilities, and hundreds of thousands of Americans are employed at these bases daily. They are as real as any other human building.

It’s what goes on in these areas, hidden from the world’s view, which becomes the subject of a diverse range of theories. Alien corpses, ancient UFOs dug out of archaeological sites, advanced weapon testing, psychedelic MK-Ultra-esc experiments, and much more are said to occur in these top-secret facilities. Some claim that there are even a variety of alien beings that are living down there, and sharing office space with the US military.

But this is the most interesting aspect of the Hollow Earth mythology in this region. Even when there are claims of alien beings, they are still working alongside humans. Some versions exclude the aliens entirely and theorize that it’s just humans building UFOs down there, a theory we will explore more closely in this chapter. But even before the military bases, there are stories from archaeologists of hidden underground, possibly Egyptian, cities. From several tribes of Native Americans in the area, origin legends state that their ancestors came from the cave within the earth. More so than any other location, the Hollow Earth in this area seems to be occupied by Human beings. This brings us to one of the most talked-about people in UFO lore.

Bob Lazar is one of the most controversial figures in Ufology. The reason you equate
UFOs and aliens to Area 51 are because of him. For years he was dismissed by most media stations, save a few local outlets in Nevada as a man selling a crazy story. But as the decades ticked past, more evidence was found to support his claims than not, and bolstered by an interview with internet personality Joe Rogan, more people than ever believe his story today. And his story must be included because it’s from him the claims of an underground base used to house and experiment on downed UFOs came from.
Lazar was born in 1959 and was described as a scientifically curious youth. Pretty much everything past that point is disputed. He claimed to have studied at CalTech, and other students at the time recall Lazar being there, but there are no official records to confirm this. Afterward, in his 20s, he reportedly went on to work at the top-secret Los Alamos labs, which years earlier had been credited with creating the atomic bomb. He claimed to have worked on top-secret projects there, a claim that has no official documentation to back it up. Again though, he was able to give investigators a tour of the facilities and many there recognized him and spoke to him as if he were an old friend.

After that, he claims he was hired to work at a top-secret facility at a military facility near Groom Lake, what the world would come to know as Area 51. He said that built into the side of the mountain, there are 9 large aircraft hangar-sized rooms built to look like the desert floor from outside. Inside these hangars, were a variety of craft that are commonly referred to as UFOs. He saw a variety of crafts. He said one appeared to have been shot down, with a large blast hole on its underbelly. Another, the one he was tasked to work on, he claimed was dug out of an archaeological site, and that their attempts to understand it was fruitless.

He also said that among the craft was one he called the ‘Sports Model’, that looked as if it were new, and that this one was operational. He viewed several test flights, and years later in an attempt to prove his claim, he would lead groups of people out to the test site to watch the scheduled tests, doing so successfully three weeks in a row.

When Lazar first began working there, he assumed these crafts were top-secret planes built by the Navy or the Airforce. A reasonable assumption, as Lazar was told it was the Navy who had hired him. There was also a history of these types of crafts being tested at Groom Lake. The massive and UFO-like Stealth Bomber was tested out for several years at the facility, under top-secret status.

One day while wandering the tunnels and offices between the hangar spaces, he walked into a room by accident. He said in the room where two other people were wearing lab coats and they were having a conversation with a third being. This third being was small, had thin grey skin, and a large almond-shaped head. It looked exactly as one would expect an alien to look. Lazar was quickly ushered out of the room by a nearby guard. Lazar himself is not sure what to make of this incident. He is not sure if it was real, or some kind of elaborate joke or prank.

Lazar said he was tasked with working on element 115. At the time he was discussing this, element 115 had not been discovered. In the following years, it would be. However, I have found conflicting reports about whether this element 115 is the same that Lazar was studying at Groom Lake. Some say it is the same, just that Lazars is a more stable version. Others state that they are entirely different. I don’t know enough about chemistry to say one way or the other.
What is known for sure, is that Lazar and the witnesses connected to his story seems to have drawn the interest of somebody. Many of the witnesses that came out to confirm what Lazar was talking about, were intimidated. One woman who validated some of Lazar’s claims about Groom Lake was told that she would be killed if she spoke any further on the subject.

Lazar himself had his lab raided by the FBI in recent years as well. After returning from top-secret projects and sharing his story, Lazar retreated into private life and founded his own scientific supply company. Around 2018, he was convinced by investigators to participate in a Netflix documentary about his story. During the filming of this, he had a private conversation with filmmaker Jeremey Corbell about the possibility of him having kept some of this secret and elusive element 115.

The next day his labs were raided. The official police explanation was that they were looking for documents pertaining to a murder. A toxic and rare element was used to poison a person back in 2015, and police said that they had a suspicion that the element was purchased from Lazar’s supply company. Corbell and Lazar believe otherwise.

They claim that some of the agents during this raid pulled them aside and quoted portions of their private phone conversation from the night previous. These quotes were in reference to them talking about element 115. They came away from this encounter, convinced that they had been spied on the night before and that this was the reason for the subsequent raid on Lazar’s lab.

Personally, I am very intrigued by the Bob Lazar story. I think enough evidence has been put forward to show that he indeed did work at Groom Lake and that there has been a focused effort to suppress that fact. This does not, however, confirm any of his other claims. I want to believe that hidden inside the mountains around Groom Lake are hangers filled with alien-designed spacecraft, and that maybe the aliens that built them are there working alongside us.

But another part of me is constantly thinking that perhaps this is an elaborate ruse. A disinformation campaign designed to confuse the world. Perhaps this is Lazar’s Naval retirement plan, that he goes and shares this crazy story everywhere he can, in hopes that the enemy states waste time, money, and resources investigating these outlandish claims. Perhaps videos released in recent years by the Navy of supposed UFOs are also part of this program? It sounds outlandish, but elaborate disinformation campaigns have been used before in history, and we are still waiting for a piece of extraterrestrial evidence that is as solid.

For now, Lazar is sticking to his story, telling it to the best of his abilities. He’s been on tv, done lie detectors, had documentaries made, and the story has stood up through it all. It hasn’t changed, outright lies haven’t been detected, and small conformations continue to come in.

And its impact on conspiracy theories, especially the Hollow Earth is certainly massive. Many people claim Lazar’s nine hanger-sized rooms are only the first level of a massive city-sized underground base, in which varying levels contain different entities from around the galaxy. Others say that there is a massive subterranean bullet train that connects this base to hundreds just like it, scattered around North America. These are a couple of examples of hundreds of theories connected to this base.

But perhaps something human is occurring, something that bends reality, space, and time, and could account for all the strangeness associated with this case. George Knapp, legendary paranormal reporter, and man to most closely ¬follow this case had this to say about it the case towards the end:

“…my approach to the Lazar material changed in the mid-’90s, for a couple of reasons. One is that I was concerned that I had crossed into advocacy instead of merely reporting on it. The fact is, it became personal. So many weird things happened during those first few years, things that are hard to explain if you weren’t there.”

It sounds as if Knapp was experiencing the highstrangness and synchronicities that we have come to know are synonymous with paranormal activity. Perhaps this points to a higher truth involved with Lazar’s story. Only time will tell.