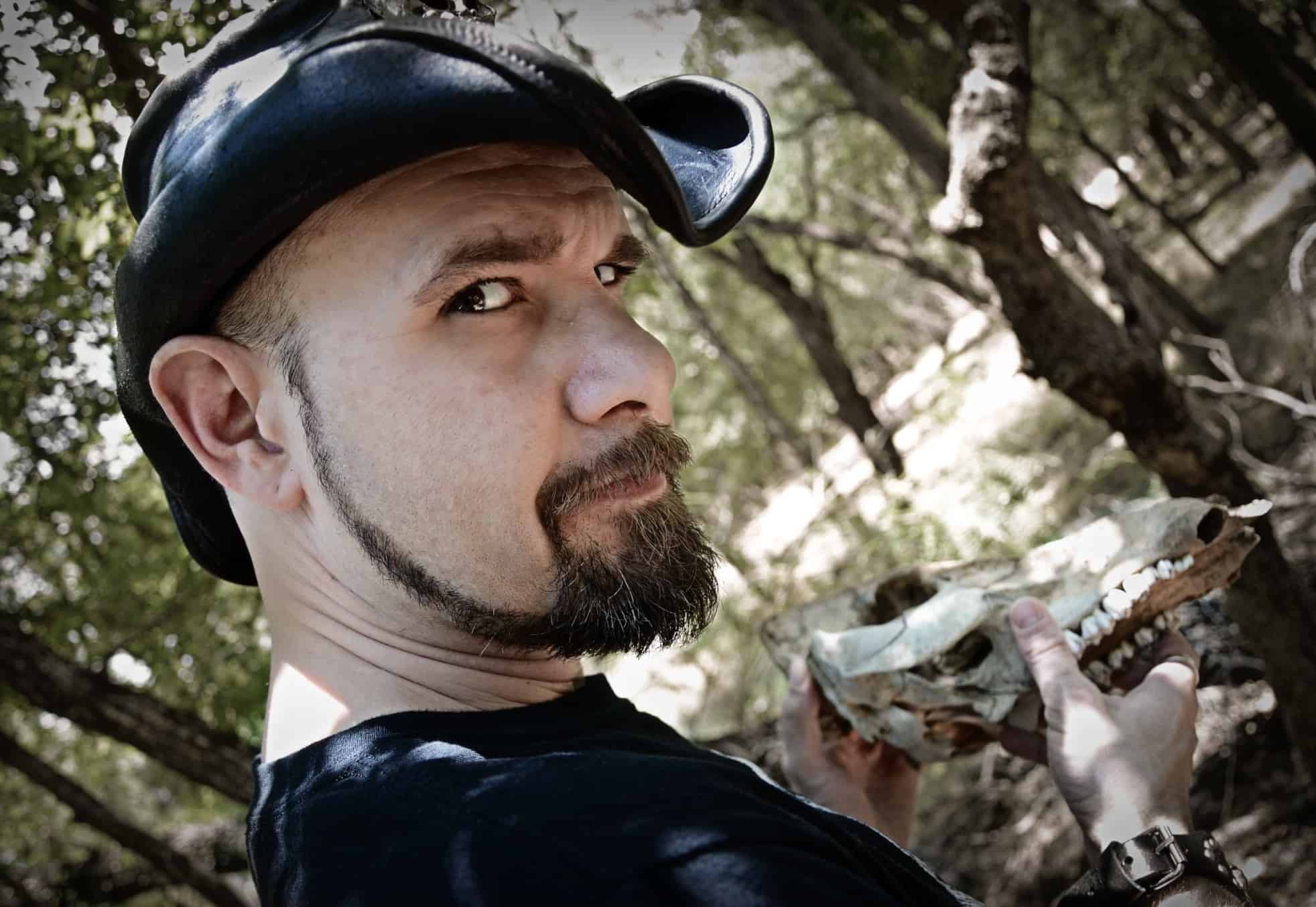 When I was a child growing up in rural South Texas, my goal in life was to be Indiana Jones.  Going on adventures around the world, discovering relics of a civilization long forgotten and, yeah, carrying a bullwhip on my hip, just in case we run into some bad guys.  In the field of cryptozoology, Ken Gerhard is probably the closest thing it has to an Indiana Jones-like figure.  Due, to mutual acquaintances and catching Ken during a break between cryptid-cons and para-cons, he agreed to sit down with me over lunch and have a discussion of all things’ cryptid, but especially my favorite and his, Sasquatch.

Growing up in Minnesota, Ken had the childhood most of us could only dream.  At an early age, Ken became enthralled with the idea of something like a Sasquatch could exist out there in the wilderness.  Films like Legend of Boggy Creek, the series In Search Of, and even a local news report of eyewitnesses to the Sasquatch phenomenon, fueled his desire to learn more.  Ken’s parents were also a driving force for him.  Like some parents that try to wash that notion of cryptid creatures from your mind, Ken’s parents helped feed his curiosity.  With a father in the forestry department and a mother who was a travel agent and equal interest that Ken had, traveled the world at an early age.  Going from the Amazon Rainforest meeting indigenous people, to the lake of Lochness in search of Nessie, and to Ayers Rock in Australia to research the elusive Bunyip.  Ken was set in motion into the world of cryptozoology and 40 years later, with his trademark black cowboy hat, still carries out expeditions in search of elusive animals.

As we sat waiting on our club sandwiches Ken told me about his latest expedition he put together where he and his team traveled to Northern California in search of 5- to 8-foot-long salamanders.  These salamanders have been reported to appear in or around the vicinity where sasquatch appearances occur.  Though they did not find any evidence of these elusive cryptids, they were able to go to the Bluff Creek, the famed location of the Patterson-Gimlin film, and help a crew clean the trails that lead to the storied location.  The film site was forgotten for years, but in 2011-2012, researchers went back to the location to define its precise location and make it accessible for other researchers to visit.  When they rediscovered the site in 2011-2012 lots of trail cams have been put in place, but no other evidence of a sasquatch has been captured.  While keeping on the Northern California location in our discussion, we touched on Ron Moorehead and the Sierra Sounds, how Ron still makes expeditions to this location every year, and how Ron’s daughter once witnessed a giant wolf in the area that appeared out of nowhere.

Related: Into the darkness with The Ghost Story Guys

I shifted our attention to some of his cryptid work that Ken has done here in Texas and his presentation that he had put on for the San Antonio Zoo of the Chupacabra.  The legendary goat sucker has been a troublesome cryptid with its different interpretations in Mexico and South America.  Ken recounts traveling to Mexico in 2014 to investigate mysterious livestock killings that were believed to be done by the Chupacabra.  He was shown a deformed baby goat that was preserved in a jar of alcohol and was told that it was a Chupacabra.  Also, he went to another part of Mexico that had reported goats being mutilated and eaten, but all signs pointed to a mountain lion.  Ken has seen a Chupacabra himself, alive and deceased.  He has ruled out, due to scientific research, that these cryptids are canine.  Though they are deformed with strange features, they are more than likely genetic freaks of nature.  He also went to study the two Chupacabras in Cuero, TX.  The first one was road-killed and the second one was stuffed and mounted by the lady that found the corpse of the Chupacabra.  She had reported that this animal had been killing her chickens, but not eating any of the meat and only drinking the blood.  Ken believes that due to the Chupacabra’s lack of incisors, it probably didn’t have the strength to tear apart the bird, but maybe just enough to kill it and lap up the blood.  There is also footage in the same area from a sheriff’s deputy, where the animal is running down the road.  Ken in conclusion believes that if there are 2 Chupacabra’s in the Cuero area there may be a breeding colony of these animals.

Keeping on Ken’s work of the cryptids of Texas, we discussed the batsquatch sitting in South Texas.  Ken tells me that people have it inaccurate, that the batsquatch is in Washington state.  What happened in Raymondville, TX, on January 14, 1976, where a giant bird swooped down on a man who was outside his mother-in-law’s house smoking a cigarette.  It seemed as if this giant bird was trying to take the man.  Many witnesses to this cryptid have described it as having a monkey or bat-like face, others say that it has a bird-like face with a beak.  None of the witnesses have ever described it as having a Squatch-like appearance to it.

As the waiter took our plates and handed me the check, I asked Ken if he had any upcoming expeditions planned after the conventions in the fall.  Ken said he would love to put an expedition together to investigate the Tasmanian Tiger.  Also known as the thylacine, this animal was reported extinct for over 80 years.  The last known Tasmanian Tiger was captured alive in 1930.  This animal used to roam mainland Australia and the island of Tasmania.  Recently a video came out of one that ended up being a hoax, but witnesses in Tasmania have reported seeing this animal alive and on the move.  Ken is anxious to see if these reports are valid.

After our 2-hour lunch, I had Ken sign my copy of his book, “The Essential Guide to BigFoot” and thanked him for his time.  Ken is by far one of the most personable and gracious personalities in the Cryptozoology field that I have met.  His continued passion and dedication for his work have given the world an intimate view of what may be out there.  Following in the footsteps of his predecessors like Peter Byrne, Rene Dahinden, John Greene, and Grover Krantz, Ken has kept the torch lit for all those who believe that the truth is still out there for us to find.