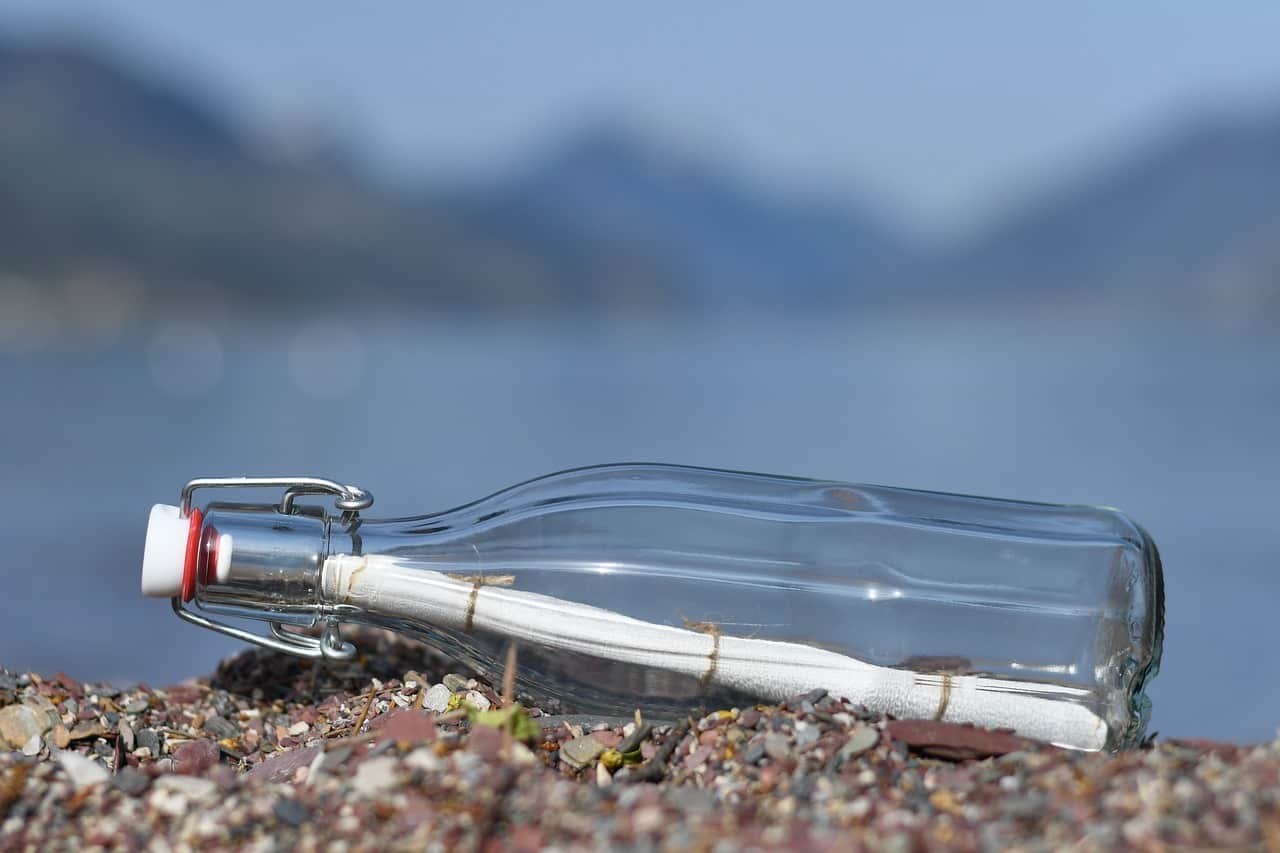 When Kathy Grace woke up on Nov. 30, she was having a tough time starting the day.

“I started off kind of blue that day, because I lost my husband, like, almost seven months ago,” Grace said. “It was his birthday on Nov. 30.”

But that day, she participated in a cleanup of Fort Myers Beach, hoping to enjoy the weather and look for things that reminded her of her late husband, Greg. As she was about to end her day, Grace noticed one more bottle to pick up. But then she noticed the letter inside of it. Grace opened the letter, sent a picture of it to her children and received a surprising response from her son, Michael.

“Michael’s like, ‘You’re not going to effing believe this, but Roman and I went to college, and we both worked at DHL,’” Grace said Michael told her, referring to one of the names signed on the letter. “‘And here’s a picture of us out in California with DHL last year on the beach.’ And we were all… we had goosebumps. We’re like, how could it be? All of the millions of people that have been on board this beach since this was buried, and I find it and within minutes we know who it was.”

Grace recently spoke to the people who wrote this letter for the first time. The letter was signed by three Ukrainian American siblings: Roman, Lesia and Zenon Mural. Their father took a video of them burying the bottle as children on March 3, 2000, his birthday. Lesia was 7, now 30; Roman was 5, now 28.

“It just proves that the world isn’t that big,” Lesia Mural said. “And we’re all in connection, have one or two connections away from a lot of people.”

“I’m just more grateful that Michael’s mom actually didn’t just, you know, throw away the bottle, actually had a little curiosity in her, you know, opened the bottle and read the note,” said Roman Mural. “I was more grateful for that. Because, you know, typical volunteer which is cleaning up the beach, and helping out… could have just thrown it away and moved along with their day.”

The letter detailed Roman and Lesia’s heritage as Ukrainian Americans.

“What was most meaningful to us back then: Family and friends, living in a free country, and you know, supporting Ukraine, our heritage; it really means a lot to us,” Lesia Mural said. “Just having that in there, just showing that so many years have passed, but a lot of… still the same things really mean a lot to us.”

“Fort Myers is always a place that we used to go down for many years and still do today,” Roman Mural said. “Just to be able to have that bottle come back to us and then recreate some of those Fort Myers memories, that truly was a bright spot in my day and kind of cutting into the holiday season. Kind of want to go back now home and watch that home video again.”