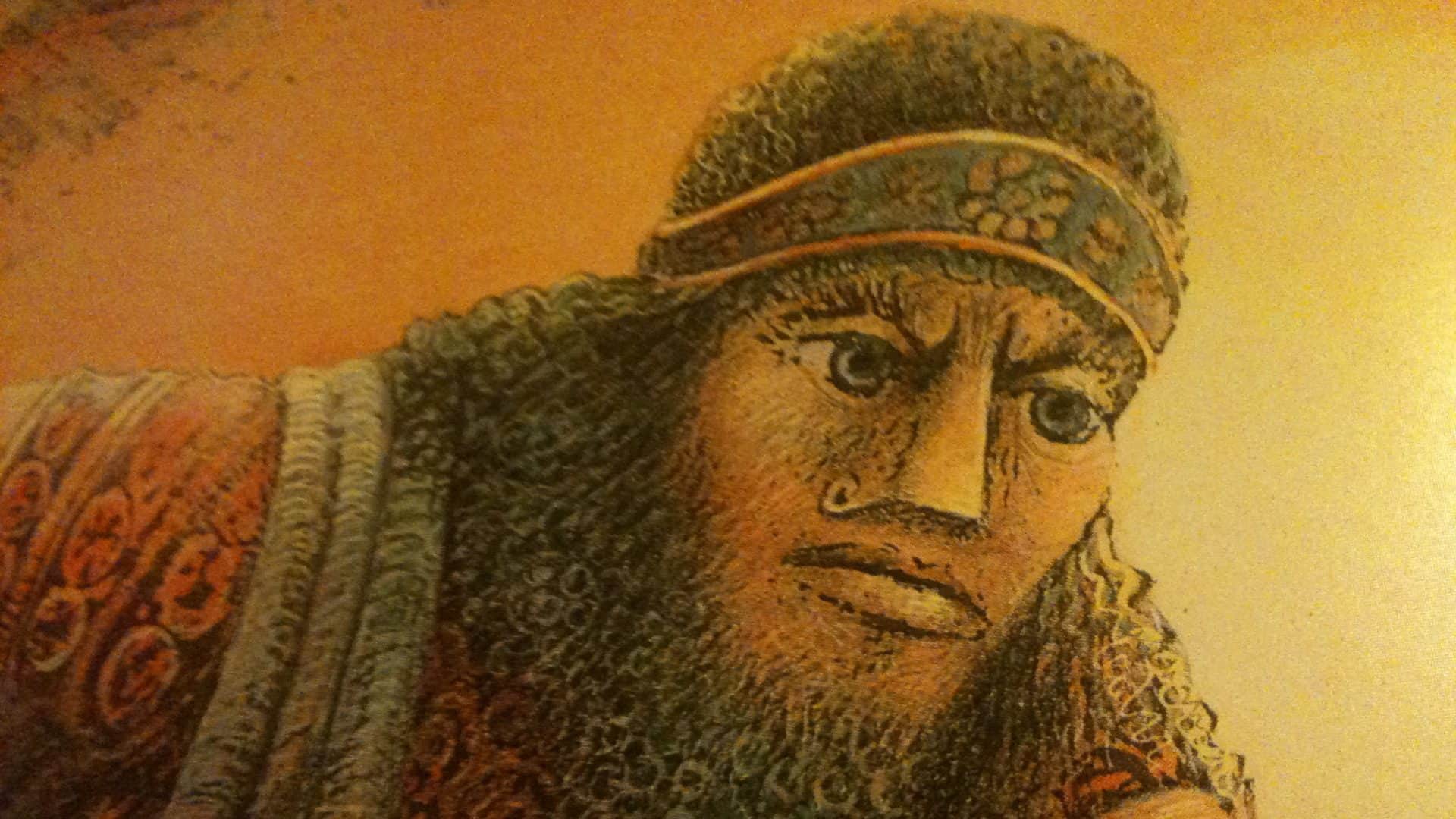 The missing grave of Gilgamesh

The Epic of Gilgamesh is considered by most to be the earliest piece of surviving literature in the world. The Mesopotamian epic dates back 4,000 years ago, 2,000 years before Christ. The Epic poem follows the hero-king Gilgamesh on his many adventures and escapades throughout the ancient world. Like the Greek epics, the story is a mixture of true places and events, and fictional characters and mythology.

In 2003 Jorg Fassbinder, of the Bavarian department of Historical Monuments in Munich gave this statement to the press about a surprising discovery he was working on  in Iraq:

“I don’t want to say definitely that it was the grave of Gilgamesh, but it looks very similar to that described in the epic…We found just outside the city an area in the middle of the former Euphrates river the remains of such a building which could be interpreted as a burial…By reading differences in the magnetization in the soil, you can look into the ground…The difference between mud bricks and sediments in the Euphrates provides a very detailed structure.

The most surprising thing was that we found structures that had already been described in the Gilgamesh epic… We covered more than a hundred hectares. We have found garden structures and field structures as described in the epic, and we found Babylonian houses… Very clearly, we can see in the canals some structures showing that flooding destroyed some of the houses, which means that a highly developed system existed here. It was like a Venice in the desert.”

This was big news in the archaeological community at the time. This wasn’t unheard of, the city of Troy was long thought to be fictional until its remnants were discovered in the late 1800s. The land Gilgamesh ruled was named ‘Uruk’, from which the word Iraq is derived, the gravesite would be of massive cultural importance to the world and the country. But this was also the very beginning of the Iraq war, and soon the story and supposed gravesite were forgotten. No new developments on this supposed ‘Venice in the desert’ have surfaced since 2003.

But something strange was reported by soldiers who were touring Iraq during the conflict. I was able to hear one of these accounts first hand. Over the years I have been traveling and investigating, I have had the opportunity to meet a variety of interesting individuals and by extension, hear some wild stories. Everything from real-life gun fights with pirates to drunken debauchery in rural deserts. But telling people you are a Paranormal Investigators oftentimes provokes paranormal stories. You will find most people have at least one experience, and oftentimes are looking for validation or ideas about what they’ve experienced. Oftentimes their sightings are typical, a UFO or maybe some poltergeist activity.

But every once in a while, a story sticks out. Whether it’s the varsity of the storyteller or the nature of how the story was told. Sometimes people aren’t looking for validation, sometimes these stories are told with a matter-of-factness that adds certain unexplainable credibility to them. Or perhaps the stories are just so weird they can’t not be remembered. Whatever it is, this story certainly is one of them.

A soldiers story from Afghanistan

This first story was told to me several years ago, while I was working in a hostel in Costa Rica. The witness was one of several guests who stayed for an extended time. The place was filled with a cast of interesting characters from around the world. One of whom we will call by the fake name of Frank.

Frank was from the US, but here in Costa Rica scouting out places to live. He was still young, mid-30s, but had retired from the military with a pension, and was looking for a cheap beach to settle on. He had joined the military a few months before 9/11 and was not expecting to do as many tours as he did. I had known that soldiers in wartime seem to have a higher rate of paranormal experiences, so one day I asked him if he had seen anything weird while deployed. This is the story he told.

Frank had been working at a base near the northern mountain ranges of Afghanistan. He said that one day, a team returned with something that caused a small panic around the base. The soldiers had brought back something strange. As people were running about in a hurry, Frank continued his daily duties. Frank was not of the excitable type and was always cool and level headed, giving off more of a beatnik vibe compared to your typical soldier type.

While Frank was working in one of the hangers he noticed a large object covered in a tarp was sitting there, that hadn’t been there before. Whatever it was, it was sitting on several wooden pallets and was quite large. Frank continued his duties when another soldier tapped him on the shoulder. The soldier pointed over at the tarp and something along the lines of  “did you hear what they found?” “No,” Frank responded while continuing to work. “ It’s a giant, well the remains of one at least.”  Frank looked over at the tarp. Whatever was underneath was at least 16 feet tall. “Cool,” Frank responded, and returned to work.

I asked him if he looked under the trap at any point. Frank said no, he was too busy and wasn’t looking to get chewed out by superiors. But he did confirm what other researchers have talked about for years previously. The Mountains of Afghanistan seemed to be filled with these giant creatures. When I asked whether he thought the remains were ancient or recent, he said it could have been either. That soldiers had encountered living ones, as well as ancient tombs that contained them. He had heard another story that was circulating amongst the troops shortly after this first incident.

It was being said that one of these giants actually made its way onto a base. Whether it was the same base or a different one I can’t remember, but it was said that the giant came to negotiate with some of the base’s higher-ups. Speculation was that it wanted to retrieve the remains of its comrade. It was also said to have smuggled in a machine gun, inside its closed fist, and ended up shooting its way out of the base. As for this one, Frank had no personal evidence for this second story, other than speaking with other soldiers who may have been involved.

Frank told both stories without embellishment. It was ‘ This is what I heard, this is what I saw ‘ fashion. He did have some radical interesting ideas about philosophy and religion, Jesus being a half-animal hybrid being my favorite theory of his, but these were talked about as a discussion. The stories of giants were not that, it was just telling a story he had heard and partially witnessed. And I certainly remembered it.

Years later I heard someone speaking about this missing gravesite of Gilgamesh and thought back to the story Frank told. Perhaps it was found after all, and the bones are tucked away in a wooden crate next to the arc of the covenant.

Processing…
Success! You're on the list.
Whoops! There was an error and we couldn't process your subscription. Please reload the page and try again.
Continue Reading
You may also like...
Related Topics:Featured, Giants

Megalithic complex of more than 500 standing stones discovered in Spain