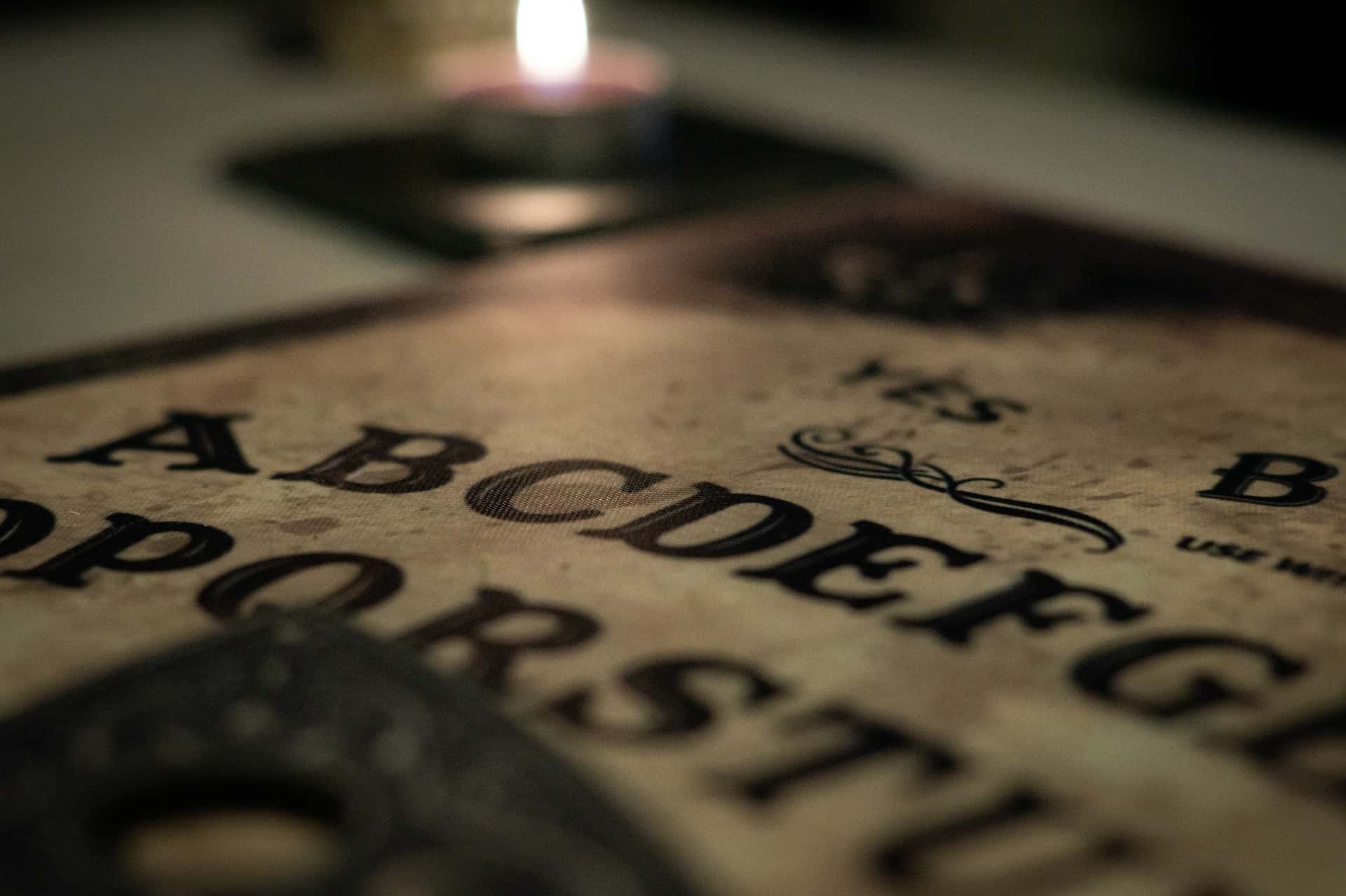 The Ouija is a trademarked board game, owned by the Hasbro toy company.  However,  using a  spirit board is a form of scrying, or communicating with the other side, and people have been trying to talk to the dead for millennia.

From the mid-19th century, America was experiencing the spiritualism craze.  Psychics, Mediums, and Psychic Mediums were popping up left and right.

The desire to speak with the deceased and the belief in the possibility of this phenomenon made spiritualism wildly popular by the end of the 1800s.

This popularity showed potential for profit.  How do you make something more marketable?  Legitimize it.  Charles Kennard, along with investors, including Elijah Bond, decided to do just this.  Psychic, Helen Peters, while conducting a spirit board séance, revealed the name Ouija after asking what the board should be called.  Peters accompanied Bond to the patent office to prove its functionality, convince the Chief Patent Officer, and receive the patent on February 10, 1891.

The Ouija board was affordable and accessible.  It was whimsically portrayed on the cover of The Saturday Evening Post by Norman Rockwell in May of 1920.  People remain fascinated by the spirit board, some amassing collections of antique and rare boards.

Why is the Ouija taboo? What created the stigma surrounding it?  When asked if the Ouija board is harmless, Catholic.com says  “No. The Ouija board is far from harmless, as it is a form of divination (seeking information from supernatural sources). The fact of the matter is, the Ouija board really does work, and the only “spirits” that will be contacted through it are evil ones.”  The Exorcist, a 1973 horror film, based on the novel by William Peter Blatty, portrays a young girl becoming possessed after using a Ouija board, and subsequently requiring an exorcism to remove the demon.  Hollywood loves to paint a terrifying portrait of the mystical oracle.

There are mixed opinions on the nature of the Ouija board, Jess Graham, @ouija.jess on Instagram, says, “I first discovered what [the] Ouija board [was] when I was younger and watched Paranormal Activity.”

Jess is an amateur ghost hunter and embraces every day like it’s Halloween.

“Ouija boards have always fascinated me, but specifically when I really started to indulge in the paranormal.  It’s something I believe is really powerful and it’s a wonderful way to connect with those who’ve crossed.  They’re a tool to be respected.”

Although people claim to have successfully communicated with the great beyond, using the Ouija, it’s impossible to say where the ghostly communication originates.  Like so many things in the world of the paranormal, the truth of the Ouija board has been and will continue to be shrouded in mystery.

Continue Reading
You may also like...
Related Topics:Ouija, paranormal

Greg lives in Burlington, Ontario, Canada, has two daughters and enjoys looking for Bigfoot while at his cottage in Northern Ontario. Greg is a writer at Paranormality Magazine, hosts the live annual Cryptid Christmas Eve Instagram livestream on all.the.weird and the bi-weekly Clubhouse show, Cryptocasters. Greg also enjoys songwriting, toy collecting, and drawing in his spare time. He has been writing for Paranormality Magazine since April of 2022.