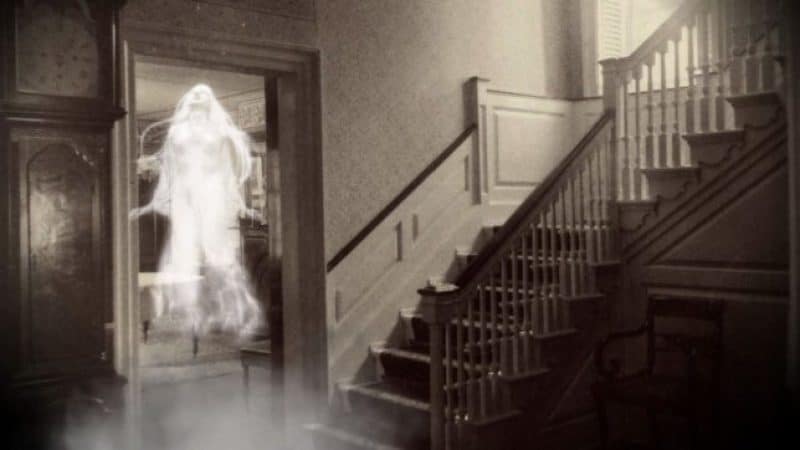 For the past few years, mediums and fortune tellers the world over have been warning of a thinning of the veil that separates our world from that of the dead.

2020 was full of all sorts of ups and downs across the world. Racial tension has hit an all-time high that hasn’t been seen since the 1960s. A global pandemic has crippled many economies, and businesses everywhere are being forced to close for good. Deaths have increased exponentially across the globe. Turmoil has increased in countries that were at other times in an uneasy holding pattern.

This is not a political article trying to persuade you to vote, nor is this an opinionated propaganda piece meant to serve as a call to arms to support an organization. This article merely reports how I feel the social, political, and psychological implications of the horror show that was 2020 have affected the paranormal field.

I live in a moderately sized town buried deep in the heartland of the United States. 2020 was exceptionally difficult. We were hit with (from what has been told to us) a land hurricane. Our seas of green cornfields and surrounding towns were devastated by a storm that hit us with sustained winds of 112 miles per hour and gusts of 140 that lasted for almost an hour. Our entire town and many others in a path up to 50 miles wide and 700 plus miles long all felt the impact. Most of us lost power for just shy of two weeks straight, and many people who had beautiful homes are now homeless.

A pandemic also enveloped the world last year. Coronavirus, a virus from what I can tell mimics many other viruses and has mutagenic capabilities that would make Charles Xavier jealous. Spread so rapidly that entire countries had to effectively close down and imprison the populations in an attempt to slow the spread. COVID-19 left a face mask fashion statement in its wake.

In the U.S., we also dealt with the highly controversial killing of George Floyd in Minnesota. Add this into the increasingly heated political season in America, and we are a literal powder keg. Riots and looting continued for days from this event and continue globally in a fight of near biblical proportions. Good vs. Bad. White vs. Black. Heathen vs. Humanity. We have seen this battle rage on for centuries in England, Scotland, Africa, Korea, and even the U.S. Hell. We even had to fight against ourselves in the 1860s and other countries throughout our history.

I think no one can argue the fact that this year has been a tumultuous roller coaster ride that has taken us to new reaches of sadness, anger, frustration, and despair. One thing we believe in the paranormal field is that strong emotions energize strong activity. Take poltergeist activity. It is usually caused by a child or teen who is in a heightened emotional state. They lose control of what they can control mentally, and telekinetic things start to happen. The world as we know it has changed and is changing more rapidly. Paranormal activity will continue to escalate, and honestly, there hasn’t been a better time to be in the field.

For the past few years, mediums and fortune tellers the world over have been warning of a thinning of the veil that separates our world from that of the dead. Spirits can roam more freely, as can other creatures from other realms. Demons, jinns, inter-dimensionals, and others all can take advantage of this. We were warned this would happen. Theology masters would consider this the end of days or the book of Revelations playing out in front of us. Still, I don’t think we are quite that far (if it turns out I am wrong, please feel free to say I told you so.) I think what is happening now is more like a giant energy surge that has opened a vast array of portals.

We all know we can increase activity by increasing energy. Why else would teams use white noise generators and machines that pump static electricity into the air? It’s simple physics. Just like with lightning, the stronger the charge, the better the bolt. We have all essentially been a part of a worldwide one-mind experiment and opened Pandora’s Box. But this is only one part of it. The second part of the cryptic puzzle is that we are all home more. We were all prisoners in our own homes, allowing us more opportunity to notice paranormal activity. The pandemic caused significant disruptions to our everyday lives. We have all learned what it is like actually to be home for long periods of time. Most haunted places can go unnoticed for years because no one is there to experience activity. Now that we are home, we are around to see the shadow man walking down the hall or the soldier tattered and torn, looking for his lost company. I think this plays into the increase as much as the last point. We forgot how to slow down and pay attention, and the paranormal is making that very apparent.

Cryptid sightings are already on the rise as well. I mean, I am not saying that Bigfoot, Nessie, or the Mothman will suddenly appear and finally become a case closed situation. Still, sightings have increased for many cryptids primarily because of our pandemic. This has worked in the exact opposite way it has for ghosts. We see more spirits in homes because we are home more. We see more cryptids because we are not outside as much. Just like the cities reporting animals that have customarily stayed further away now walking down Main Street, cryptids have been the same. They can get more comfortable and come out of hiding without the fear of being ambushed by people.

We need to be very cautious as investigators, ESPECIALLY new investigators. With the realms splitting at the seams, you need to be very observant about what you are investigating. Do your research into what and how different types of entities can and do act. I hear all too often about “newbies” running into a place and having a jinn or demon latch on and ruin their lives. I hate hearing about this over and over, and yet people still do not learn. The paranormal is a scientific field and needs to be studied.

We are living at a precipice of unique and unknowingly beautiful discovery, and we all need to be on our toes to handle this correctly. We need to have the tact to keep us from looking like the village idiot in a tinfoil hat claiming the sky is falling. I will end this printed rant with this: Be safe in all you do. Work together and cooperate with other teams. We are all pushing toward the same goal. That goal is so much more attainable as a team instead of a single player. My door is open to any investigator, and I hope I find the same with you. Happy hunting!

Full Directory
Submit Your Podcast
Continue Reading
You may also like...
Related Topics:Paranormal Impacts of 2020

The Bell Witch
The West London Witch: Don’t Let The Name Fool You