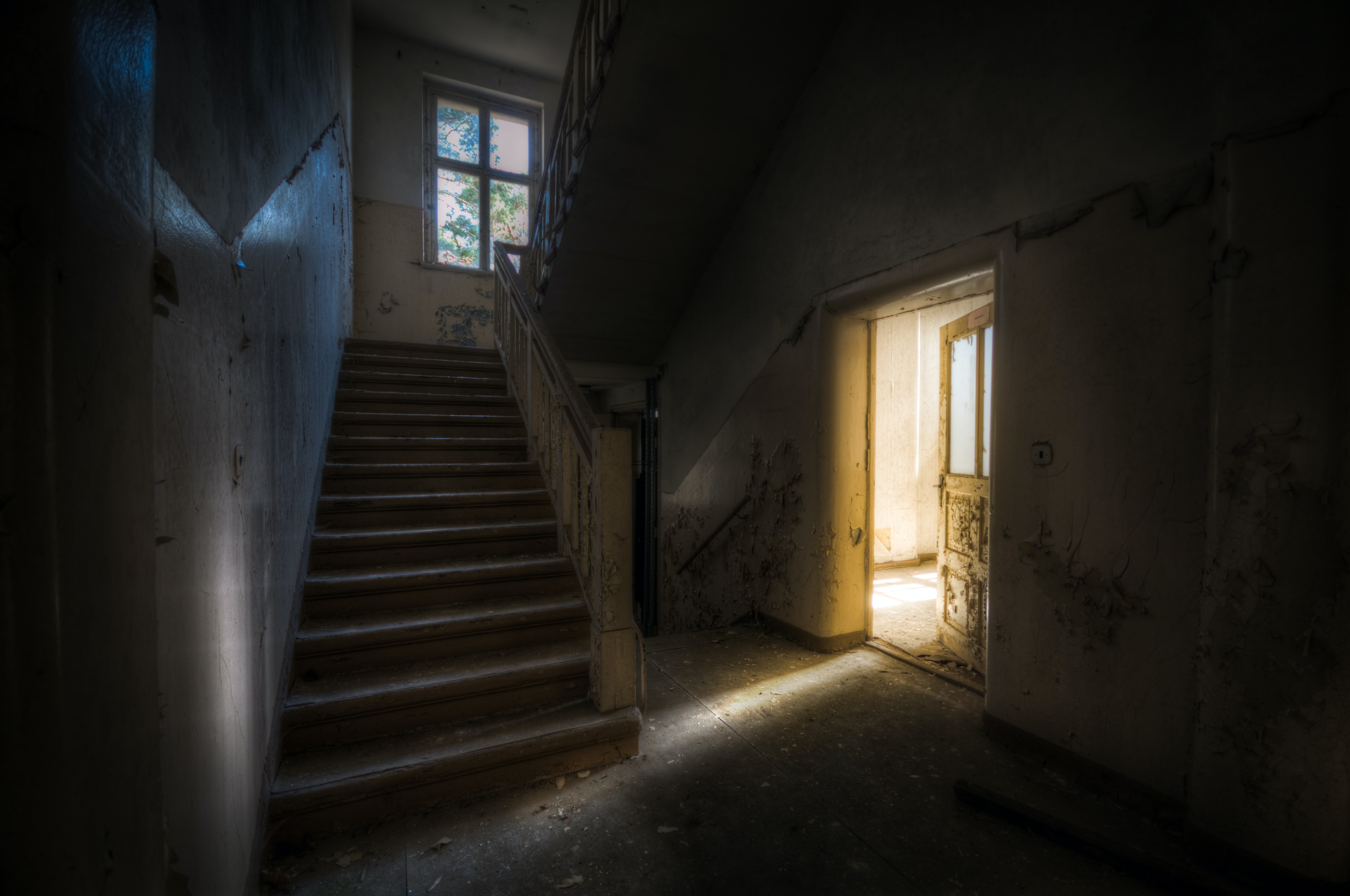 I often hear talk that ghosts like to hang out in the corners of rooms. And to be honest, I hadn’t given it much consideration until someone recently asked my thoughts on the matter.

Now, before proceeding, I feel the need to put forward the following:
We can assume that, like the people they once were, ghosts are a population just as unique, just as diverse, and just as riddled with myriad personalities and behaviors. And countless reasons why they do what they do. So what follows is by no means meant to be a broad-sweeping generalization, but rather a focused look at the ghosts who engage in this sort of behavior.

Within the realm of true ghost stories, several theories floating around (sorry, couldn’t resist) about why ghosts prefer to hang out in corners. The one I’m presenting hinges upon the bad pun found above.

At first glance, freedom from gravity seems appealing, but a constant floating state presents several issues for the ghost burdened by it. Primarily, how can you settle into a spot when you want to? The situation is similar to that of the shark—some of their species must continuously move to stay alive. It’s not quite the same, but kind of.

The fact that humans are constantly surrounded by currents, vibrations, waves, and energies has little effect on pushing the living about. The same is not always true for ghosts. These ghosts are forever affected by a subtle barrage of light waves, sound waves, electromagnetic waves, solar waves, microwaves, ultraviolet waves, infrared waves, and even forces as simple as wind currents.

For these ghosts, corners offer some refuge. Once positioned in a corner, most of the waves, currents, and energies flow over the ghost, which helps to hold them in place. Also, corners are typically void of human activity and attention which makes corners that much more an oasis for ghosts.

Imagine rolling a toy car horizontally along a wall towards a corner. If the car continues this trajectory to its inevitable end, it will run into the opposing wall and be stopped in its tracks. Now imagine the same situation, but with a room with rounded corners, or even a circular room—the car would move easily along the curves and rounded corners with little or no diminishment, disruption, or disturbance of energy. Depending on the radius, there wouldn’t be much of a corner for a ghost of a certain ilk to nestle into.

Up to this point, I have focused on the type of ghost who seeks the comfort and rest a typical hard corner provides, but now let’s shift the spotlight onto an altogether different sort of ghost.

The couple’s commitment to spiritualism was above reproach, and here is why: “In the building of the structure, they made sure that there would be no sharp corners, and with every angle rounded. This was supposedly done in an effort to allow the spirits to travel unhindered through the house, as corners have often been thought to hide ghosts” (Grundhauser). Take a look around your home or workplace, and unless you live in a yurt or literally work in a silo, you are most likely surrounded by sharp edges, angles, and corners. This should give you some inkling of how strong the couple’s beliefs were.

The Stickney’s believed the house’s d+esign would allow spirits to flow smoothly and freely through their home without sharp edges to get snagged on or hard corners to get stuck into. They felt this would make the spirits feel more welcome, and this, in turn, would make the spirits more communicative. For some spirits, this could be true. For others—not so much.

What the couple seemed to be assuming was that all spirits want to continuously flow freely about, being, dare I say, “free spirits.” I believe the key distinction between the type of ghosts I began the article with and these free spirits can be found in the word “free.” I think the word applies both literally and figuratively to this lot. They are free to roam as they see fit, but also, they are free from burden or curse.

In reports, records, lore, and literature, there is an abundance of these free spirit types. But just as common are the spirits/ghosts who, for whatever reason, are shackled to a building, place, or location. I believe the ghosts bound to a building are the type likely to crave the corner.

Unlike free spirits, these ghosts are unable to flit about like a hummingbird searching for nectar, and once resigned to their fate, these less than gregarious spirits are satisfied with hunkering down in a corner and taking a more voyeuristic approach to human engagement—like the idiomatic “fly-on-the-wall.” This is not to say that all ghosts confined to a particular space take this approach. There are many who want the run of the place and are all too happy to do whatever they can to get the humans out. Real ghost stories like those about Amityville come to mind. My direct experience with a ghost was with one that had leanings more towards this type.

Well, these are just some thoughts, some possibilities, some insights into the spirit world, and some things to ponder in regards to why ghosts like to hang out in corners.