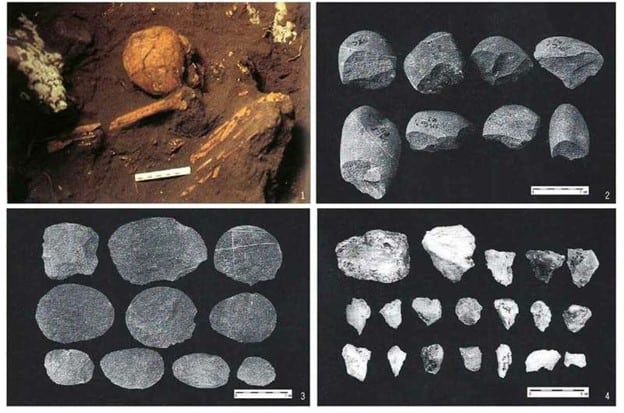 Is there hope for Bigfoot?

How long would you be willing to wait for a body of evidence to reveal itself? What is the appropriate length of time to finally give up on the existence of something? 10 years, a hundred, a thousand? How about 6,000 years?

In the fall of 2022, a team of researchers found a 6,000-year-old skull and femur bones in a mountainous part of Taiwan. The bones, found in a cave, are said to prove the existence of an ancient indigenous tribe that until now has survived as only a legend.

The stories, which differ between the indigenous groups in the area, speak to the likes of a tribe of short, dark-skinned people whose only evidence for their existence has been among the lore, and ancient writings from the Quin Dynasty.

Although researchers can now confirm the existence of this elusive ancient tribe, they are not able to explain how or why they vanished without a trace.

DNA testing of the skull found results similar to African samples from around the same period, the testing also proved that they existed at a time before the ancestors of the people alive on the island settled there.

Does this new finding shine the light of hope down onto the thankless efforts of the wearisome cryptid devotees?

Many of us are dubiously drawn into the timeless debate of whether or not the elusive hairy man we call Bigfoot exists. We spend hours flying head-first down a rabbit hole that to most of us, because of time served, feels more like home than where we live.

Captured by the romantic notion that we just might be one of the first to spot him, the first to reveal a clear picture of a creature that nefariously roams the forest and stalks us in our dreams.

Some believe they have seen him, others claim to have found evidence of patted-down nests of sticks, dried leaves, and branches, believing it is a place where Bigfoot may have laid his head to rest.

However, beyond the sightings, and all of the debatable physical evidence, science needs proof. Experts need more than a pale, flakey footprint cast to prove he is a live, flesh-and-blood creature.

The world needs actual proof of the legendary hairy man who lurks in the woods, peeking into the windows of remote trailers, and is capable of not only throwing bolder-sized rocks at alarming distances but also dematerializing. That last one for me is debatable.

The bones found inside the dark, Taiwanese cave were that of a young woman. The small fragments of her body, which once stood at approximately 1.3 meters tall, left us a pearl in a sea of many unanswered questions.

Her fragile skull and bones lay patiently waiting until the universe felt the timing was right to deliver yet another answer to one of its mysterious secrets.

Although we are still largely in the dark about the culture and psychology of this ancient tribe, it’s a start. A new beginning. A path to follow in our quest for understanding. The gift of this serendipitous finding offers us hope.

Hope that if we can uncover evidence of a race of people thought to be mere legend, 6,000 years after their existence, there must be others. If a tribe who quite probably foraged, developed a culture, and loved as we all do, can be re-discovered, released from the category of lore, and ceremoniously granted its rightful place in history, then maybe, just maybe we will one day be able to lay to rest the great debate about the existence of Bigfoot.

Processing…
Success! You're on the list.
Whoops! There was an error and we couldn't process your subscription. Please reload the page and try again.
Continue Reading
You may also like...
Related Topics:Bigfoot

Scared to death: The science behind why we love to be scared
“Quantum Time Flip” a scientific discovery that will bend your mind