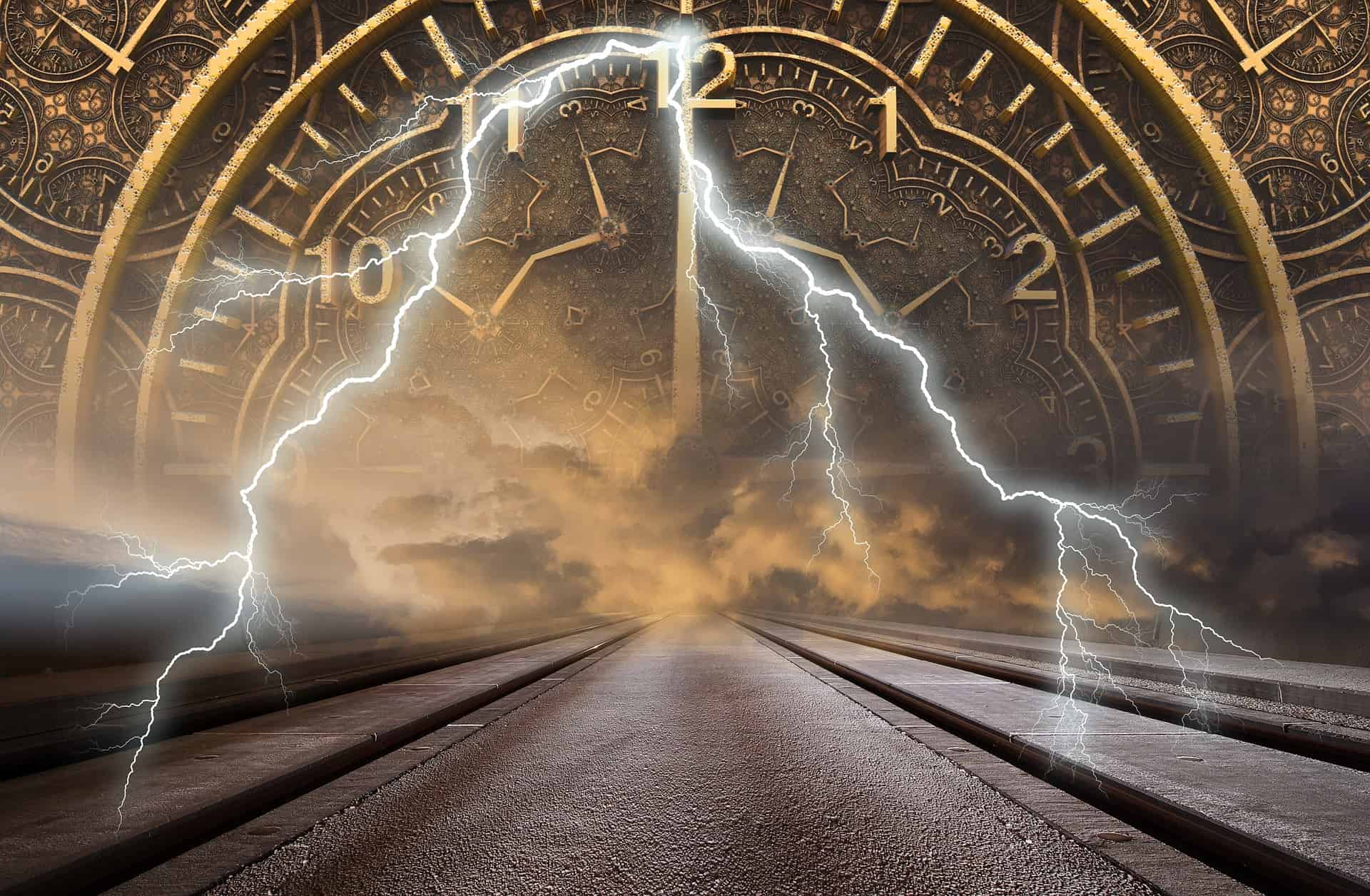 Cracks In Time: The Mysteries of Time Slips

Time, we all wish we had more of it, swiftly moving forward in a neverending stream where the present is the past and the future is now. Or is it?

Even scientists still don’t understand what time is as a whole because time behaves a bit differently in some circumstances.

Did you know that clocks on planes and satellites record time, 90 billionths of a second faster than someone who is standing on the earth?

So, If time can change speed, could it crack, creating a time slip? Well, I guess that depends on who you ask. There are millions of people from all over the world who have shared their time-slip experiences. One of the more notable stories is that of a man named Frank.

It was July of 1996 and Frank, a police officer in Liverpool, and his wife Carol were heading to Bold Street to do some shopping. When they got to Central Sation they split up; Carol went to Dillions Bookshop, and Frank went into a music store to buy a CD.

As Frank was stepping onto Bold Street he noticed it was quiet, a complete void of sound, then suddenly he heard a horn coming from beside him.

He turned sharply and looked to see what it was. Frank was in disbelief when he saw a 1950’s box delivery truck speeding past him. As the truck was driving off he noticed that it said “Caplan’s” on it.

Frank looked down to see that he was no longer standing on the sidewalk, but he was now standing in the road.

Completely bewildered by what was going on he headed across the street to see that Dillions Bookshop was now a women’s boutique.

Frank then started looking at the people around him and he said that everyone was wearing clothing from the 40s.

All of a sudden Frank spotted a young girl in her 20s wearing a lime green sleeveless top and, she was carrying a handbag that had a popular brand name on it from the 90s.

The young girl headed into the boutique, and Frank followed her in, still confused as to where the bookshop went. As soon as Frank stepped through the threshold everything flashed back to normal.

The young girl turns around to leave and Frank lightly grasps her arm and asks “Did you see that?” She replied, “Yeah! I thought it was a clothes shop. I was going to look around, but it’s a bookshop.”

Afterward Frank did some research on what had happened to him only to find out that Cripps and Caplan’s were businesses based in Liverpool during the 1950s.

Did Frank go back to the 50s for a brief time? I would like to think so because Bold Street in Liverpool is a hot spot for time slips. It’s such a popular area that there are several YouTube channels and Facebook pages about the strange events that happen on Bold Street, there is even a SubReddit.

Another interesting and credible story that happened on Bold Street is one of a shoplifter who not only slips the Security Guard chasing him but also found himself in 1967.

Sean, who, while shoplifting in Liverpool back in 2006, ran away from a Security Guard and headed down Hanover Street. Frantically trying to lose the Guard, the 19-year-old ran down a dead-end street called Brookes Alley.

By this time he was out of breath and started to get a tight sensation in his chest. He soon realized that it wasn’t a problem with him, but the atmosphere around him.

Sean waited for the Guard to come around the corner looking for him, but he never did. So, thinking he had given him the slip, he hesitantly walked back out of the dead-end street and started to walk down Hanover street again. But he soon realized that something wasn’t quite right.

The road looked different, as did the pavement. He noticed cars driving by that looked very old-fashioned, and the modern road was now gone. Soon Sean saw that the people around him were wearing strange clothes.

When he crossed over to Bold Street, he noticed that there were traffic lights where there weren’t before, along with bushes growing around the Lyceum.

He carried on walking, realizing that something was odd. Then he began to panic. Sean realized that somehow he had stepped back in Time. Then he remembers his cell phone.

Taking it out of his pocket, he tried to get a signal, but of course, it didn’t work. At this point, Sean was in a panic, he spotted a kiosk selling newspapers.

Leaning over the Stand, he took a look at the front page of the Daily Post. There in bold lettering was the date. 18th May 1967.

He wondered what to do. What happens if he can’t get back to his own time? What about family and friends? So, speeding up his pace, he reached H. Samuel the Jewelers, and tried his phone once again. This time it worked. With a sigh of relief, he looked around to see that he had returned to the present.

But the strange thing was Sean could still see people walking around in 1967 when he looked down Bold Street. Sean had seen and had enough and dived onto a bus to go home.

He was interviewed by the local newspaper 4 times and had the same story. Now, you’re probably wondering how a story of a shoplifter is a credible account of a time slip.

Well, the story doesn’t end there. When the Security Guard was interviewed, he stated that when he ran after Sean and turned down the dead-end Alley after him, Sean had completely disappeared.

Then when the newspaper checked out the facts of Sean’s story, they found that everything he said was historically accurate. So what makes Bold Street such a hot spot for time slips? The journalist, from the Echo in Liverpool who interviewed Sean said “There have been many timeslip incidents reported in this area near Bold Street, and I believe there is actually a ‘crack’ in time in the vicinity.”

The subway could hold the answers

Others believe that it is caused by Liverpool’s subway systems. The subway runs in concentric circles beneath Bold Street which may cause high amounts of energy to form a vortex to another time.

After doing a bit more research on Bold Street I found that had a very colorful history. Bold Street was originally laid out as a ropewalk; a long thin area of land uses for the manufacture of rope, which was the catalyst for it to be known as ‘The Ropewalks’.

Back in the 18th century, sailors used the street to measure out rope for the sailing ships needed for the busy port industry. After that, it was the center of the slave trade in Liverpool.

After the slave trade ended the street started to transform into housing and shops for the merchants who worked the dock. I think if you take the fact on not only the spiritual energy along with the energy produced by the subway system that might just be enough to cause a crack in time.

I leave you with this image that was taken by Chris Gibson, the founder of the community and construction project “Future Liverpool”. In 2010 Chris and his colleague were in the basement of one of the Bold Street shops when they found this disturbing message written on the wall.