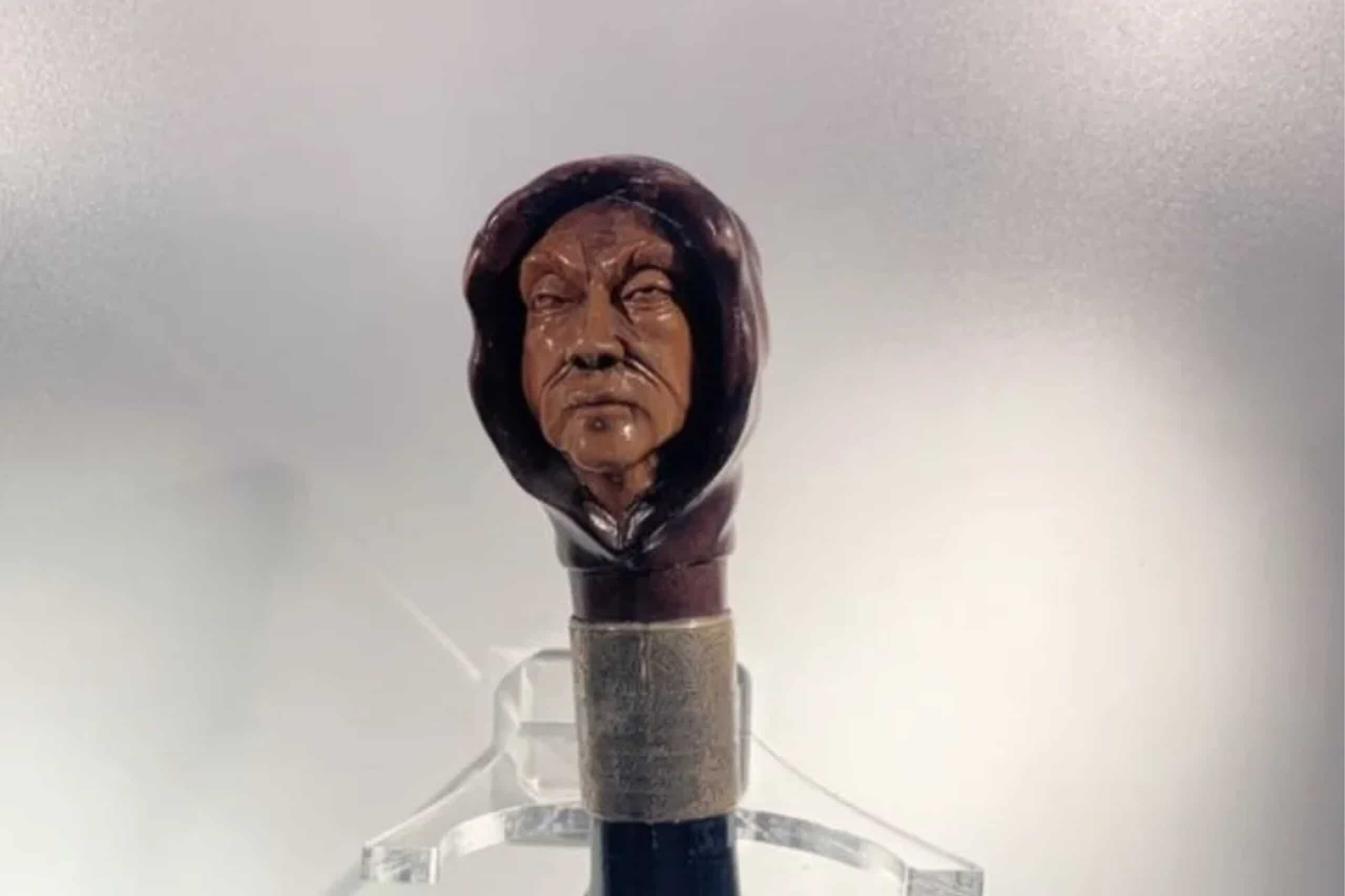 Jack the Ripper is back – Only facial composite rediscovered

In Ryton, a bombshell discovery has been made – the only known facial composite of legendary serial killer Jack the Ripper! Exquisitely etched into the handle of a walking cane, this portrait marks an important chapter in criminal history.

Much like the mysterious identity of Jack the Ripper, the location of this cane has been a perplexing enigma for years ever since Bramshill Police Staff College closed in 2015 where it was first showcased.

While exploring the archives of the College, two staff members uncovered a trove of policing memorabilia from Bramshill that had been hidden away since its closure. Among them was an unexpectedly found cane.

In addition to the classic Police News cuttings about the Ripper murders, this exhibit is now being featured for staff and training participants.

Upon the conclusion of his most memorable inquiry, Chief Inspector Abberline was presented with a walking cane by his team in 1888 – an investigation that had been deemed unsolvable at the time: The Whitechapel murders committed by Jack the Ripper.

After ascending the ranks of the Metropolitan Police, Chief Inspector Abberline spent years dedicating himself to resolving crimes in London’s East End. His diligence and hard work eventually led him to be appointed as the highest-ranking chief inspector at Scotland Yard’s Criminal Investigation department.

Antony Cash, Content Creator at the College of Policing, said: “Finding this cane was an exciting moment for us. Jack the Ripper is one of the biggest and most infamous murder cases in our history and his crimes were significant in paving the way for modern policing and forensics as it caused police to begin experimenting with and developing new techniques as they attempted to try and solve these murders, such as crime scene preservation, profiling and photography.

“This walking cane is such a fascinating artifact which represents such a historically significant time in policing, and it’s amazing that we can put it out on display here in Ryton, alongside the original newspaper cuttings, so that our officers can see first-hand how far we’ve advanced in policing since then.”