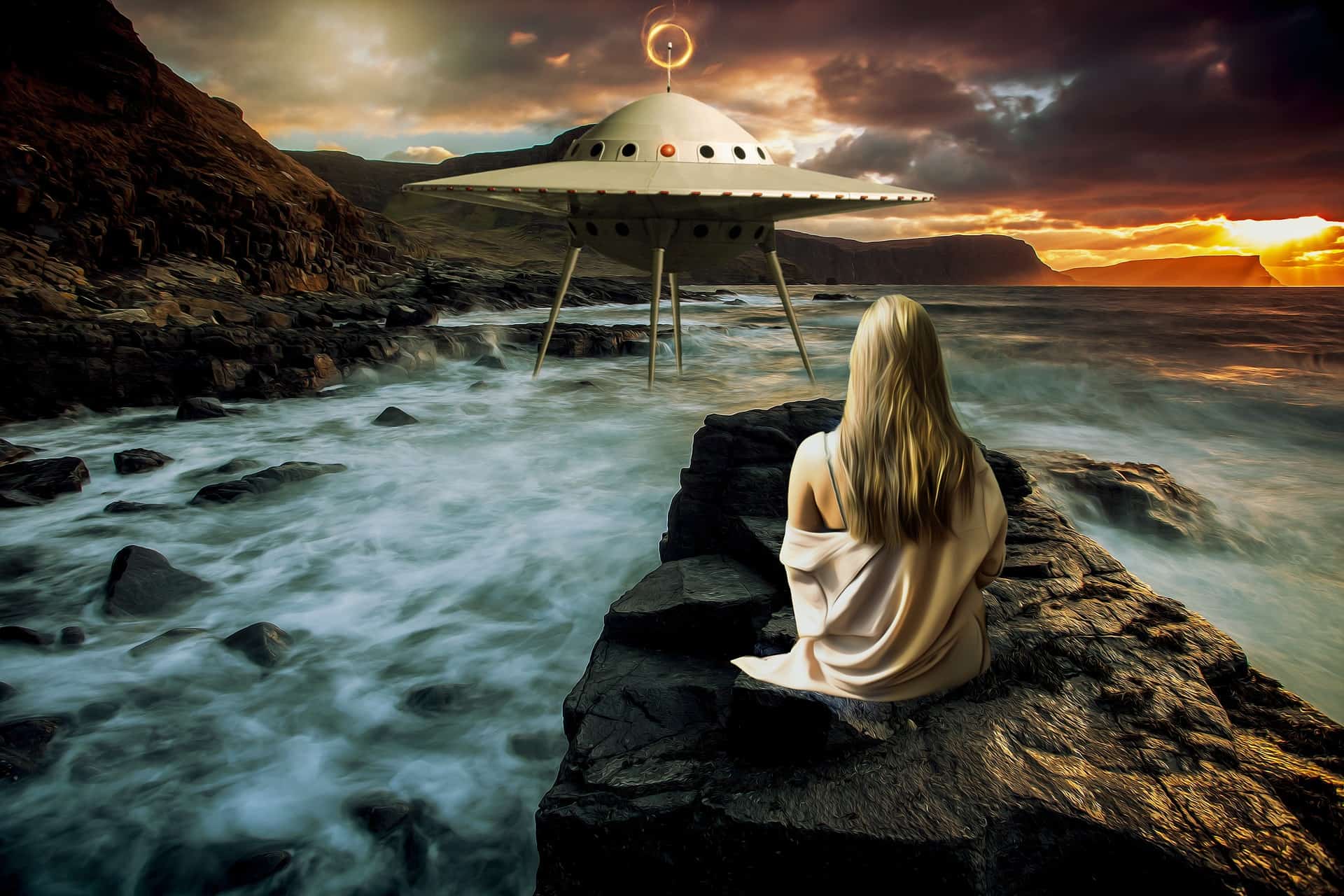 Many of my readers have become familiar with the legend of the Friendship from either my podcast or my book. It’s the story of a group of tall blonde human-looking entities that claim to be extraterrestrials and who seem to have some kind of paranormal hold over the southern islands of Chilean Patagonia and their inhabitants. This group has been seen by dozens of people, some of whom have been made wealthy and some who have been miraculously healed. Others have been threatened and intimidated because of their association with the group. The bulk of these encounters occurred in the 1980s, but through my research and on the ground investigating I was able to confirm that the encounters have continued since then. These nordic-style entities are still very much active, whatever the truth behind them is.

Many Paranormal enthusiasts and investigators will know that when a case like this is taken on, it rarely ever closes. Investigators of the phenomenon are constantly encountering new twists in turns in these types of cases. John Keel and The Mothman Prophecies, the Newkirks and their Hellier case, and now myself, and The Friendship Case. New clues continue to present themselves, some from ancient history, and some from our current future. All going to show that when you look at the phenomenon, it looks back at you.

I came across was written in a book by Jacque Vallee and Chris Aubeck called Wonders in the Sky. This book was meant to be Vallee’s response to critics that claimed the UFO phenomenon is a recent creation of pop culture. To counter this, the book is simply 500 UFO cases from ancient sources, to demonstrate that the phenomenon has been with us as long as records have been kept. The book is great material for any researcher or enthusiast, but one story stuck out to me instantly.

It was the first significant UFO sighting in Chile to be recorded by Europeans. It occurred in 1550, only 10 years after the first conquistadors arrived in the country. But most interestingly enough, the case shares striking similarities to The Friendship, despite it occurring over 400 years before the case received its name. The case itself comes from Pedro de Valdivia, the conquistador credited with founding Santiago and a few other cities. In a letter to the King of Spain, he detailed a strange incident.

His letter told a strange story that was relayed to him by a captured group of natives. Valdivia claimed that an ‘army’ of Mapuche Natives surrendered themselves to one of his forts after a series of strange encounters they had. The group said that three days before their surrender something strange happened to them on the banks of the Biubiu river. A large object was seen, by both the Christians and the Natives of the area, it was reported to be ‘brighter than a comet’. This object descended to the river banks in front of the group of Native men, before a beautiful blonde woman wearing a strange white garment emerged from the object.

Valdivia goes on to claim that it was an angel and that she had descended to tell the native men to surrender to the Spaniards. He then claims that the devil spoke to the natives and convinced them to continue their conflict. It wasn’t until later, that an old man, wearing a similar white garment as the blonde women, convinced the group to surrender themselves.

Valdivia’s version of this story is suspect. He is claiming some sort of divine intervention made an entire army surrender to him, bolstering claims by the Spanish that their conquest was ordained by God. I believe that there were some high levels of embellishment going on with this retelling. The army was most likely a hunting party, and while they probably encountered something strange, I doubt the entities told them to convert religions.

Most likely, a small party of natives was captured or surrendered to a Spanish fort and relied on this strange encounter. The Spaniards, having seen the object themselves days before, would have taken this story at some face value, but managed to twist it into Christian propaganda to suit their purposes.

Despite this possible altering, the key elements of the story are striking. The reports that a blondewoman, wearing strange clothes, walked out of a UFO and made contact with a group of people. Now I wasn’t able to find an exact modern day location for the Biubiu River, but Valdivia specifies that these were Mapuche tribesmen, meaning that this encounter almost certainly happened in northern Patagonia, right in The Friendship’s reported operating range.

In my book, I brought up a variety of legends from that area that sound reminiscent of the Friendship, and brought forth the idea that this phenomenon has been occurring in various forms in this area for centuries. The legends I sighted were from 200 to 300 years ago. But to come across this case, from 400 years, in which the encounter sounds almost exactly like its modern form, is something truly remarkable, and certainly an interesting development.

The next development was much more apparent

Of the information available on the Friendship case from the 80s, there are several photos from newspapers of UFOs supposedly connected to the group. Amongst these photos, is one of the famed Santiago sightings, witnessed by thousands and is detailed in the first chapter of my book. The object is re-colored in this photo, and while blurry, the orange sphere is plainly visible.

This is relevant because a similar object showed itself to me and two friends while we were celebrating the New Year. On New Year’s Eve, we were sitting out on my back porch, enjoying a smoke and drink. It was still fairly early in the night, the sun had just gone down, and we could see the final glow of a few fireworks off in the distance and through the trees. Suddenly, a large spherical orange glowing object traveled above our house.

My first reaction was to assume it was a paper lantern, as the orange glow was reminiscent of fire. But this object was perfectly round and had a constant orange glow, not the flickering and fading glow of a candle.  While I was still debating in my mind the nature of this object, my two companions jumped up and declared it a UFO. Typically these two are much more skeptical than I, and they were immediately convinced that this was something bizarre. No drone, airplane, or firework could have mimicked what we witnessed.

The object itself had a striking similarity to that of the object filmed over Santiago back in the 80s. That craft was reported by several witnesses to be controlled by the Friendship group themselves. Unlike the object over Santiago, this one did not perform aerial stunts, instead, it quickly moved in a straight line until it disappeared on the horizon. This was another detail that convinced us that this was a legitimate craft, as we could see that none of the trees were moving, no wind or breeze could explain this rapid and constant travel. We marveled at the glowing object for about 30 seconds before it was no longer within our eyesight. This also occurred in Sarasota, where an anonymous engineer has claimed to have interaction with the group, interactions that indirectly led to me investigating the case.

Interestingly enough, several weeks later I stumbled across a video of what looks to be the same craft again, appearing only a few hours north of our location. This sighting was filmed less than a year before ours and shows an orange sphere hovering above the photographer’s neighbor’s property. The footage itself is a little blurry, but the color is extremely similar to the object that was seen both over my home and over Santiago. The most intriguing part of this sighting though is the following video filmed the morning after. The photographer is now investigating his neighbors’ property, in the area in which the craft was sighted. Right in this vicinity, they come across a mutilated cow. Its eyes have been removed and various other surgical cuts are visible. The photographer notes the lack of blood and tracks around the cow as well. It is a textbook case of UFO cattle mutilation, so much so that the two videos were shown on national television, as part of one of those ‘Paranormal caught on camera’ shows.

A long-forgotten UFO contactee case is brought back to life by investigators. The stories of the blonde E.T. group named The Friendship have been popular folklore in South America for decades, but this book is the first full-length investigation of the case to be written in English. This case study leaves no stone unturned, as it covers UFOs, escaped Nazis, and South American mythology, in an attempt to discover the true origins of The Friendship group. The investigation also includes radical new techniques, that may change the nature of paranormal investigations as we know them.

The video was filmed less than a year before my sighting, of what seems to be the same object, and only a few hours away from my sighting. It seems that we might be on the verge of another Gulf Breeze Flap, and this one seems to be linked in some way or the other, to my research into The Friendship. Although to my knowledge, no cattle mutilations line up with the sighting I had, at least none in the immediate area. The Santiago sighting itself was never linked to cattle mutilations either, but in my book, I demonstrated a large variety of mutilations that seem to occur within The Friendships operating range. So it is still quite possible that this sighting is related to the case.

Whatever the true nature of my sighting and this video, their timing in relation to my book is certainly bizarre. It looks like the phenomenon will not be letting me put down The Friendship case anytime soon.

Processing…
Success! You're on the list.
Whoops! There was an error and we couldn't process your subscription. Please reload the page and try again.
Share this with your friends
Continue Reading
You may also like...
Related Topics:Featured, The Friendship, UFO