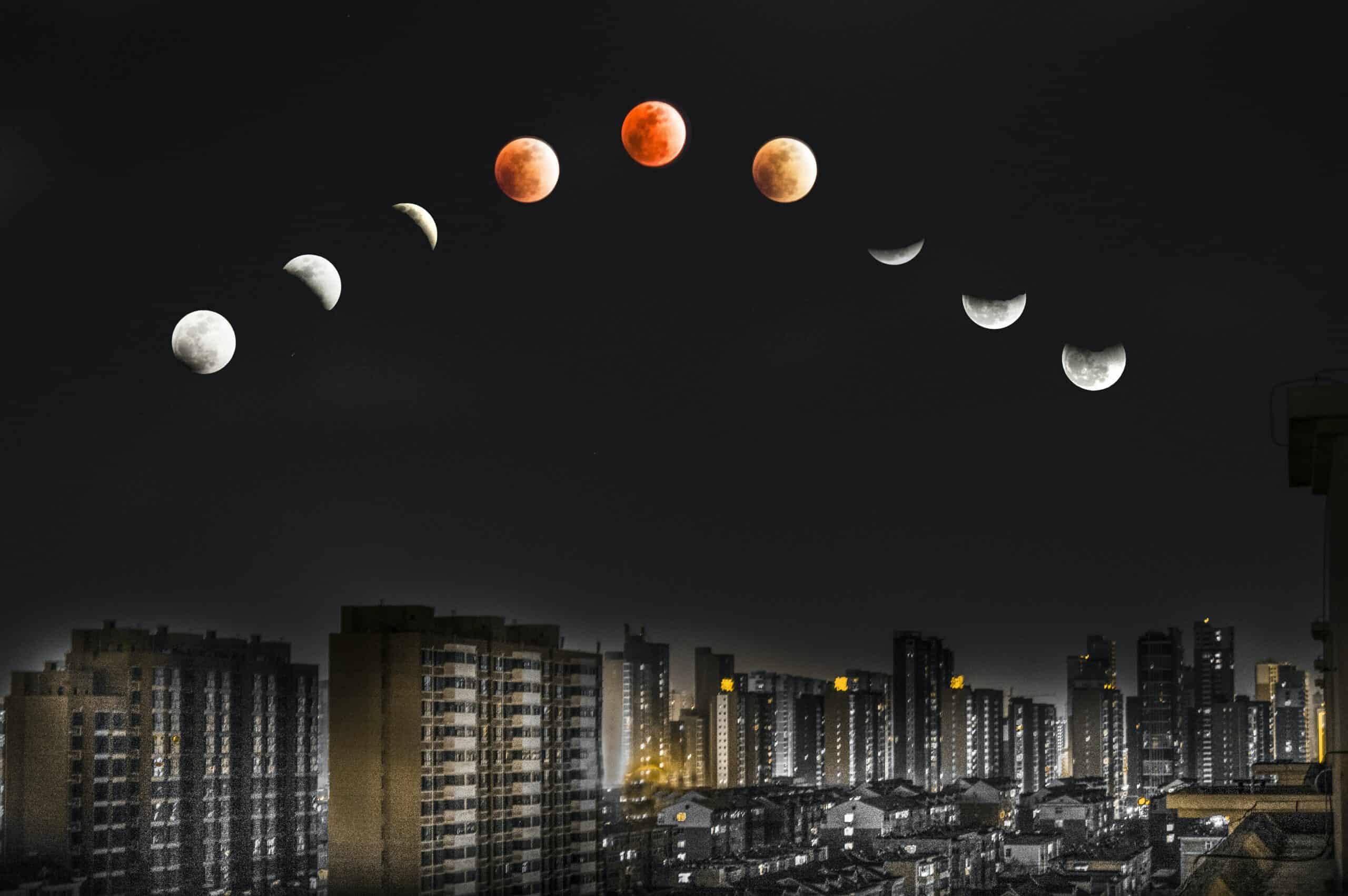 The Void of Color in the Paranormal

90’s kids know the television program “Are You Afraid of the Dark” very well! It was a hit on Nickelodeon and introduced a lot of us to concepts involving the strange and anomalous. The show title asks an interesting question; why would one be afraid of the dark? Our fear of the dark is a built-in survival mechanism throughout our evolution. The dark contained predators when we were not at the top of the food chain. Fear of the dark became instinctual. We suffered and developed an anxiety because of it, implanted in our psyches. In modern times, we are supposed to outgrow this fear as we age and mature. But, do we really? There is a reason most spooky tales begin with “on a dark and stormy night”. Our pre-developed fear of the shadows and what they may hide could possibly be a beacon for fear consuming entities beyond our comprehension.

What if our fear of the dark was understood by something much older than us? Something that existed alongside us that lived in the vast void of light. A predator that consumes fear and amplifies that emotion out of us. Sound like a shot in the dark theory? Well, I’m going to name some usual suspects and tools of the paranormal world and let’s see what they all have in common? Men in black, shadow people, black mirrors/scrying, black helicopters, black eyed children, psychomanteums, the Grinning Man, phantom black cats, black dogs, Slenderman, the hat man, and black triangle UFOs. All have a void of color and all tend to evoke a sense of fear and anxiety. The connections don’t just end with a lack of a color palette either! Let’s dive into some overarching commonalities that link the darker side of high strangeness together.

Let’s examine when dark anomalous entities decide to present themselves in human form. They tend to be ominous black suited visitors, with gaunt pale faces, and a droning yet monotone voice. The blueprint and pattern are seemingly there! The archetype is created, and we build upon the structure, form, and shape by sharing our encounters with one another. Is the only “truth” to these beings the void of color in which they seemingly operate?

Albert K Bender dabbled in the occult and his experience prior to his initial meeting with the Men in Black shares ties to a Goetian summoning ritual (the practice of evoking angels and demons). Bender decided to telepathically contact the “space people” and would recite a written script meditation before bed. He was then met by three shadow beings that presented him a metal coin and power word to summon them, like a talisman in fairy lore. Bender initially claimed the MIB’s tormented him with immense fear and proximity to them would make him feel ill (BEK’s get the same claim). He then wrote “Flying Saucers and the Three Men”. Bender eventually felt his experiences had a negative connotation and tried to break his ties with the world of flying saucers. He moved out to California and ran a motel. He died in Manhattan Beach in 2016.

Famed author HP Lovecraft would have nightmares about “shadow people” which he included in his infamous tales. He referred to them as “night-gaunts” and claimed they tormented him for years in his dreams. He described them as having blank faces with slender humanoid bodies (this description screams Slenderman) and would take him up to the sky (this description screams Alien abduction and screen memory). One could argue this archetype set off a memetic like virus for similar beings to manifest in the minds of others for years to come. Eric Knudsen (creator of Slenderman) has even sighted Lovecraft as a source of inspiration in crafting the famed creepypasta character. The bizarre twist is that numerous people report actual sightings of Slenderman.

Brian Bethel is often considered the originator of the modern black eyed children mythos (although many have uncovered accounts pre-dating his encounter). His encounter is certainly the most notable and gave the phenomenon the jolt it needed for pop culture longevity. An interesting note is Bethel himself was plagued by an intriguing paranormal encounter as a youth. Interestingly, Bethel states that he is not certain if the incident was a dream (once again, an altered state of consciousness). One night at his grandparent’s house, Bethel witnessed an unplugged television turn itself on and on the screen were nefarious looking puppets. One could argue that this is a reasonable nightmare for a child to have sleeping away from his own home. However, a couple of interesting things stand out. Bethel mentions that the puppets were beckoning him to approach the television, a similar lure utilized by the black eyed kids to lore people in. Bethel mentions that he witnessed two puppets on screen. There is an old Turkish play that was performed using shadow puppets (puppets showcased via shadow and reflection) consisting of two characters, Karagöz and Hacivat. Karagöz is a trickster character and his name means “blackeye”. Hacivat is educated and uses his poetical and literary language to advance in his pursuits. Karagöz attempts to foil Hacivat utilizing his more primal instincts. Essentially, this is a story about a character named for having black eyes attempting to foil a man who uses knowledge and language as a platform. Black eyed beings attempted to foil Bethel, a journalist.

There is a pattern emerging here. Messages from another intelligence in a hypnogogic or altered state is a through line for Bender, Lovecraft, and Bethel. They are not the creators of these “dark entities” but, perhaps the right person at the right time to give them the proper platform to reach the masses. Now with enough attention and energy to be believed in and feared. Dark beings demanding to be materialized out of the imaginal. Now, there are endless reports from notable authors to Reddit forums featuring these same attributes involving all these “dark entities”. Is “the phenomenon” tailoring itself to immediately strike at a nerve that rattles us, puts us in a fear state, and leaves us vulnerable? Perhaps, this is exactly what they want out of us. To shock us into another state of being, of consciousness even. There is precedent for that, as well.

The Necromanteion was a temple devoted to necromancy in ancient Greece and many believed was a gateway to the realm of the dead. Devotees would enter the dimly lit temple and would look to alter their consciousness through food, substance, state of mind, and ritual. Prayers and questions would be chanted aloud in the dark and the devotees believed this would allow them to speak to the dead, or at least speak to something that came through in the dark. The Necromanteion would eventually inspire Dr. Raymond Moody, a notable parapsychologist in the development of his modern-day version called the psychomanteum. What is a psychomanteum? It builds upon the idea of scrying (some call mirror/surface gazing) which is a divination technique that allows one to view entities or objects in reflective surfaces. Moody took this idea and set up a space that would allow for an optimum environment to essentially conjure the dead. The psychomanteum is set up with a dark reflective surface tilted to Moody’s specifications (usually a black mirror), a dimly lit enclosed area, and most importantly a focused participant who is willing to open themselves up and make contact.

I can’t help but notice a correlation with the method of contact in the Necromanteion and the psychomanteum with the reported state of being experiencers feel when confronted by these “dark entities”. Those who encounter these “dark entities” often report a heightened sense of fear followed by being lulled into a hypnotic state. There is seemingly a need to construct a context of how they will communicate. They are not human. They need to mimic in order to get their message through to you. They seemingly need an invitation to be “let in”, perhaps this is more of a spiritual request something akin to possession. The dark can potentially be used for fear, an emotion they may desire or even feed on. And then it can be used as the lure, hypnotically beckoning you in. Compare this to tales of color in high strangeness. The bright light of anomalous craft or the red eyes of the Mothman. That light and color often times would be followed up with reports of skin irritation, sun burns, or conjunctivitis. Maybe, just maybe the darkness has a functional purpose, as well.

I don’t know if I have gotten any closer to actual answers or if I went full on Charlie Kelly in the “connect the dots” rabbit hole. There are synchronistic patterns and unquestionable connections with “dark entities”. The answer to the void of color in the paranormal will remain in the shadows, for now. I’ll keep looking in the dark out here in sunny California!

Processing…
Success! You're on the list.
Whoops! There was an error and we couldn't process your subscription. Please reload the page and try again.
Continue Reading
You may also like...
Related Topics:

Nick Valenzuela Is the creator of California Creepypasta and Lead Journalist for Paranormality Magazine. Nick has been fascinated with the strange and mysterious all his life. Add to that, a zest for the open road and throwing myself with reckless abandon into adventure (sorry mom). Nick is a native Californian. A graduate of the Warren Institute for Paranormal Studies as a certified paranormal investigator. "I consider myself a Fortean and open minded researcher. "