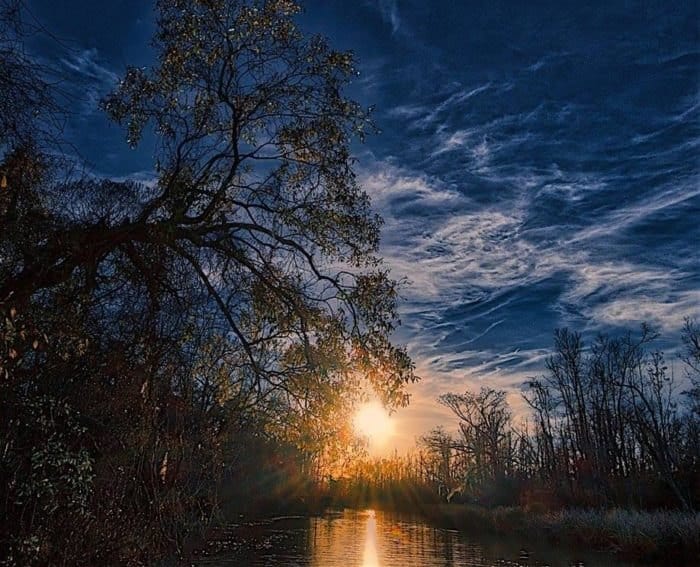 It is not uncommon that we find the Paranormal world gripped with some fad or trend that steers research in a certain (oftentimes completely inaccurate) direction for a few years. We all remember the Dybbuk Boxes that gripped the community for several years in the mid-2000s, even inspiring a movie. The original Dybbuk box was simply a wine cabinet that was sold on eBay with an intriguing, and entirely made-up, the spooky story attached. For the better part of the next decade, thousands of imitations started to pop up. And while the new wax-covered appearances of the boxes did make them more spooky, their origins were just as fabricated as the original.

Well, it seems a new trend, kicked off by the popularity of the Skinwalker Ranch and its ever-growing number of books, tv shows, and documentaries. Now obviously, the idea of ‘window areas’ or ‘portal zones’ or whatever you prefer to call them, is not a trend or new in any regard. There is a lot of research and support behind the concept. But the idea that these areas can be huge moneymakers is new, and it’s causing some investigators, even seasoned ones, to start thinking like TV producers instead of scientists.  ‘State/Province’s Skinwalker ranch’ and ‘Skinwalker ranch of  [insert region]’ have become common subtitles of projects. The problem is, no one wants any peer reviews done at these locations.

I reached out to several people who have made claims like this while researching this article and asked two things. First, would you be willing to divulge the location of this hot spot? And second, would you let another team of investigators come and investigate there? In responding to the first, some said they couldn’t because the location was on private property. Fair enough. Some, whose claims were in public areas, simply didn’t respond. To those who answered the first question, I asked if they would consider adding an outside investigator to join their team for some investigations, to peer review their claims and evidence? This would always prompt ghosting.

Related David Weatherly A Renaissance Man of the Strange and Supernatural

A lot of big claims are being made about areas that no one knows about except for them, and we just have to take their word for it. Unfortunately, this only hurts the authors of these projects. To most of the world, these books about hidden hot spots might as well be fiction, a made-up place, passed off as real like the Blair Witch Project. To the Paranormal world, we sit in quiet anticipation to see if any new evidence or results come from the area, but without the fresh eyes of investigators, these projects stifle and die, even if it was a legitimate location. After all, it was the succession of Paranormal researchers which brought fame to Skinwalker Ranch over a process of two decades.

Whether it is the allure of profits and fear of someone stealing their thunder or simple arrogance towards others in the field, these investigators ‘secret hotspots seem to be the trend that will hold us back for the next few years. But don’t worry, it’s not all gloomy, I’ve got a legitimate hotspot to drop on you that anyone can go and investigate. In the rush of investigators seeming to claim these hidden spots this one seems to have been overlooked. So let’s look at it,  be the change you want to see right?

The Pascagoula river flows 80 miles from the north of the state, out of the wetlands of Mississippi into the eerily calm waters of the Mississippi Sound and then into the Gulf of  Mexico. The last 8 miles of the river, where it flows through the edge of the city of Pascagoula, is known as the Singing River, and it seems to be one of America’s forgotten window areas. It has been host to strange phenomena for nearly 300 years.

The legend of the river states that long ago, two tribes lived near the river. There was the peaceful Pascagoula tribe and the warring Biloxi tribe. A Romeo and Juliet style romance begins between the Pascagoulas chief, and a Biloxi princess, despite the princess having already been engaged. The Biloxi tribe took great offense and made their intentions to destroy and enslave the other tribe clear. Instead of facing this horrible fate, it is said the Pascagoula tribe marched into the river singing their tribe’s death song, and collectively drowned themselves.

Ever since it is said that mysterious singing can be heard echoing across the waters of the river. The first European on record to have heard this singing phenomenon was Étienne Perier, a governor of French-controlled Louisiana, who wrote about hearing the ghostly song in 1727. The legend itself seems to be traced to those same early European settlers, as we have no record of the legend having native origins. The European story is clearly influenced by Native folklore, but to what extent can not be said for sure. Either way, the singing ghosts of the river continued to be heard for the next few centuries, and continue to be heard today.

But a simple ghost phenomenon, not a window area make. This ghost legend has been overshadowed by an even stranger event that occurred on the waters of the river. It was the evening hours of October 11th, 1973 when two locals encountered something strange. Charles Hickson and Calvin Parker were coworkers, and we’re enjoying an evening fishing trip. They were between the railroad bridge and the highway 90 bridge when they began to hear a strange buzzing sound. Their eyes turned towards the horizon and they saw a football-shaped craft hovering in the air. From the craft three metallic figures appeared, they were humanoid in overall shape, but had a strange metallic appearance, with cone-like protrusions where ears would normally be. They had slits for mouths that were described as ‘robotic’ and hands that were shaped like a crab’s pincers.

By Chaz of the Dead

A long forgotten UFO contactee case is brought back to life by investigators. The stories of the blonde E.T. group named The Friendship have been popular folklore in South America for decades, but this book is the first full length investigation of the case to be written in English. This case study leaves no stone unturned, as it covers UFOs, escaped Nazis, and South American mythology, in an attempt to discover the true origins of The Friendship group. The investigation also includes radical new techniques, that may change the nature of paranormal investigations as we know them.

They floated towards the men and Hickson fell under a strange paralysis, a detail often heard in similar encounters, while Paker fell unconscious entirely. The two men were transported aboard the craft, where they were sent to a room that resembled a medical theatre, another common aspect of abductions. They were examined by what seemed to be a large robotic eye, and then both men were dropped back on the side of the river bank as the craft flew away.  Not knowing what else to do, the two men went to the police.

The local Sheriff naturally assumed this was a prank and was detrimental to catching the men in their lie. He placed a secret tape recorder in the room where the men were being held, hoping to catch them planning their ruse or contradicting their story while the officers were away. The Sheriff came away from the interview convinced that the men were genuine in their terror and confusion, and was so convinced that he even sent them to the nearby air force base to be tested for radiation, though the tests were negative. Later, famed UFO investigator J. Allen Hynek would interview the duo and find their claim equally credible, and Hickson would pass a lie detector test. Interestingly enough, the Wikipedia page on the case does not include any of the details, and the case has fallen into relative obscurity, compared to the other cases from the same era.

Singing ghosts and Crab-robot-aliens. This river seems to be home to the variety of high strangeness that should be turning every paranormal investigator’s head. I know I’ll be returning to investigate these waters and I hope to meet other investigators here, as we have a chance to share a public hotspot, and create a new standard of cooperative research.